Initially sparked by a solo camping trip to the Big Bend area of Texas in the Fall of 2020 where I observed the phenomenon known as the Mystery Lights in a remote, undisclosed location, this series began as a way to play with various ideas about the potential science behind the lights, specifically exploring the possibility of piezoelectricity (an electrical charge generated by substances such as crystals due to stress, latent heat, or pressure) and was a way for me to capture a beautiful, moving experience. Surrounded by highly charged political and societal events and still feeling the impact of the pandemic, the series evolved into a simultaneous exploration of human dramas and a love letter to a wilderness area that has continually beckoned to me, especially in this time of isolation within our homes. The scenes depicted intentionally generalize and exaggerate, cobbling together in vagaries different geological features from the area in order to protect the location from human development. I imagined the scenes in the paintings as human night life, with nocturnal animals of the region standing in for people. Titles suggest themes that might take place in the dark of the night at a party, and compositions hint at science diagrams while breaking the rules and conventions of science illustration. The red, black, and white color palette was chosen for its graphic quality and to give the paintings somewhat of a comic-bookish feel, with bursts and other graphic devices contributing to an overall sense of narrative. This series acts in many ways as a bookend to the series Emergence and is on-going.

SELECT STUDIES
All studies are 5" x 7" or 7" x 5" and were created using watercolor, ink, and gouache on paper. 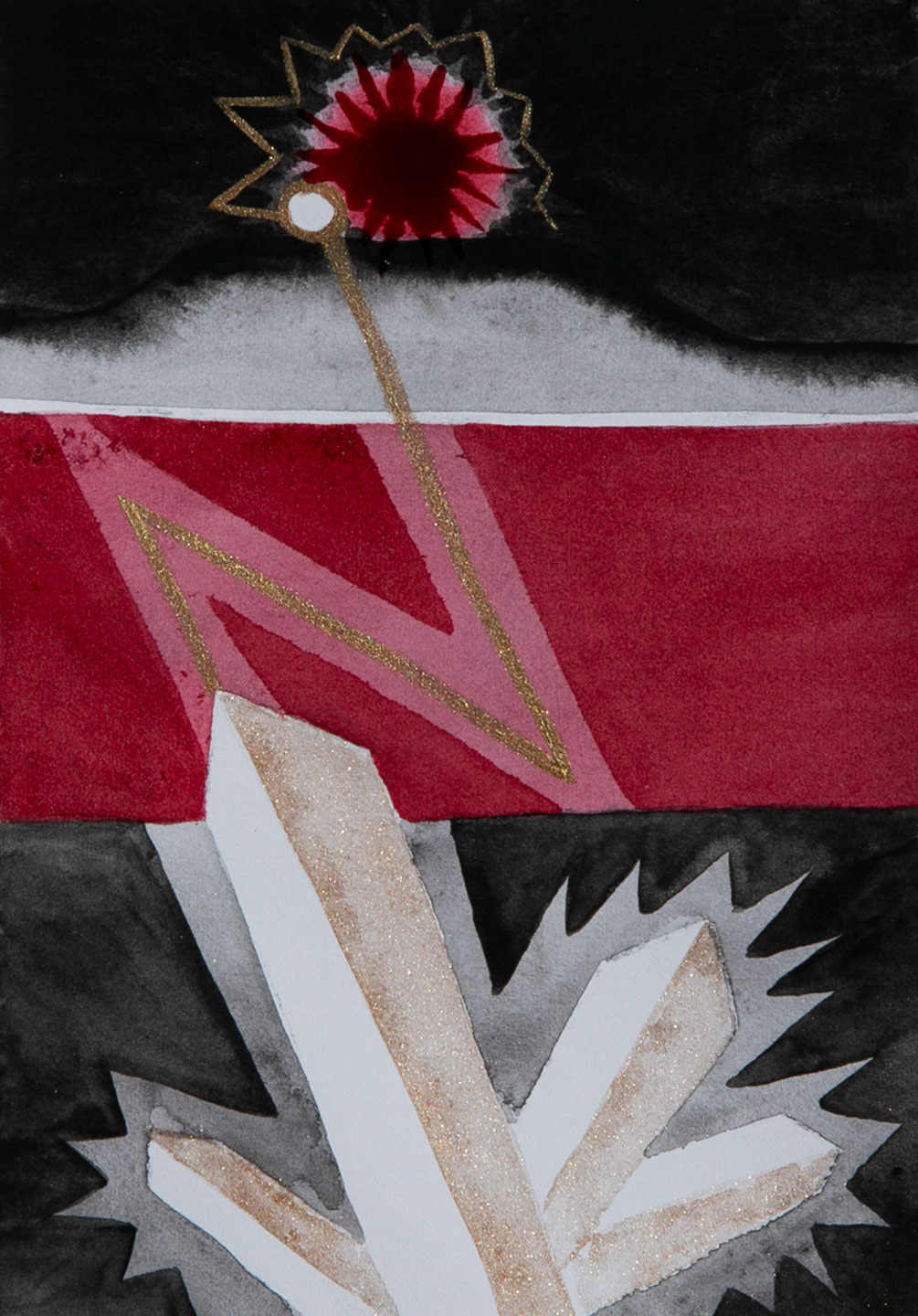 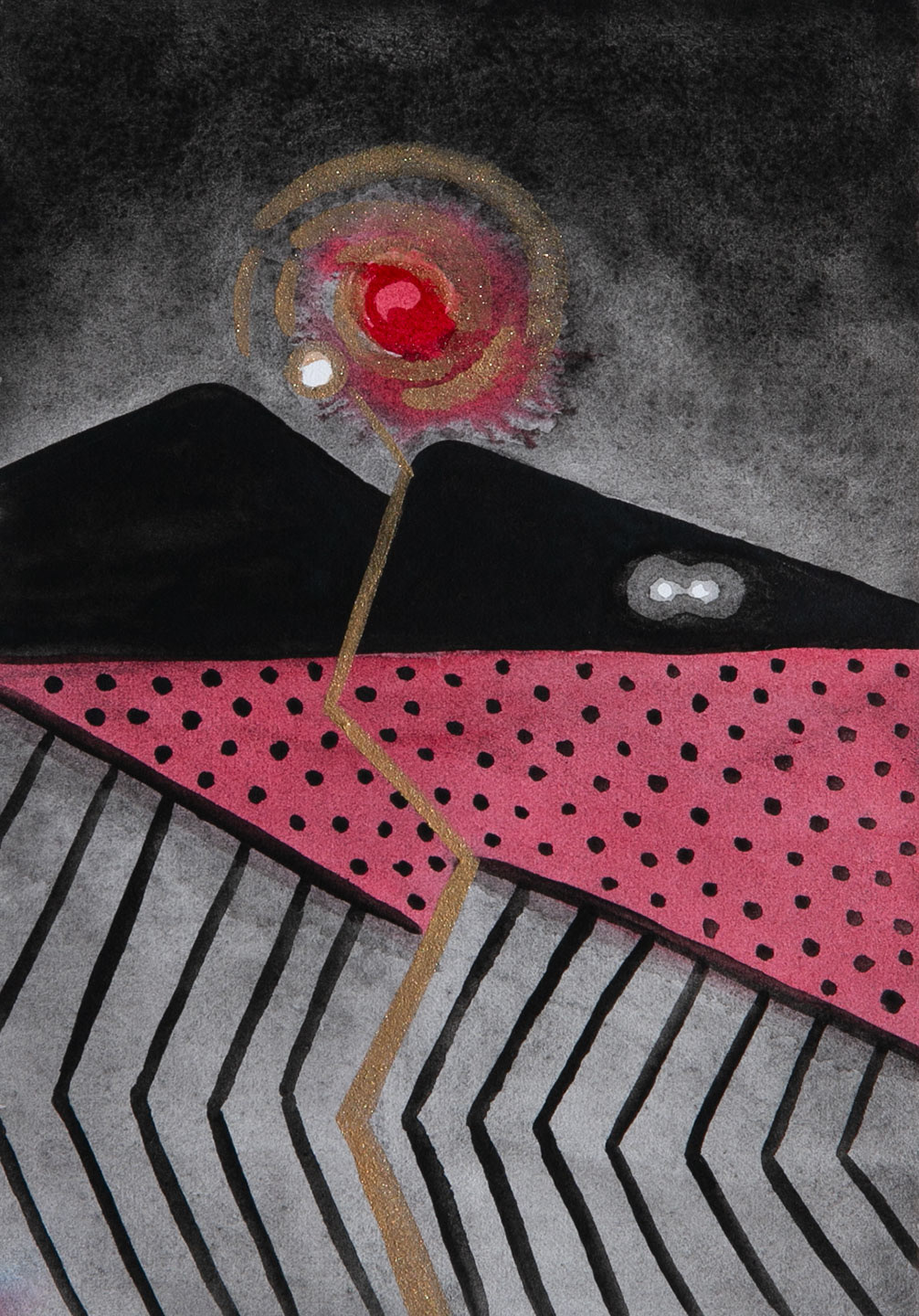 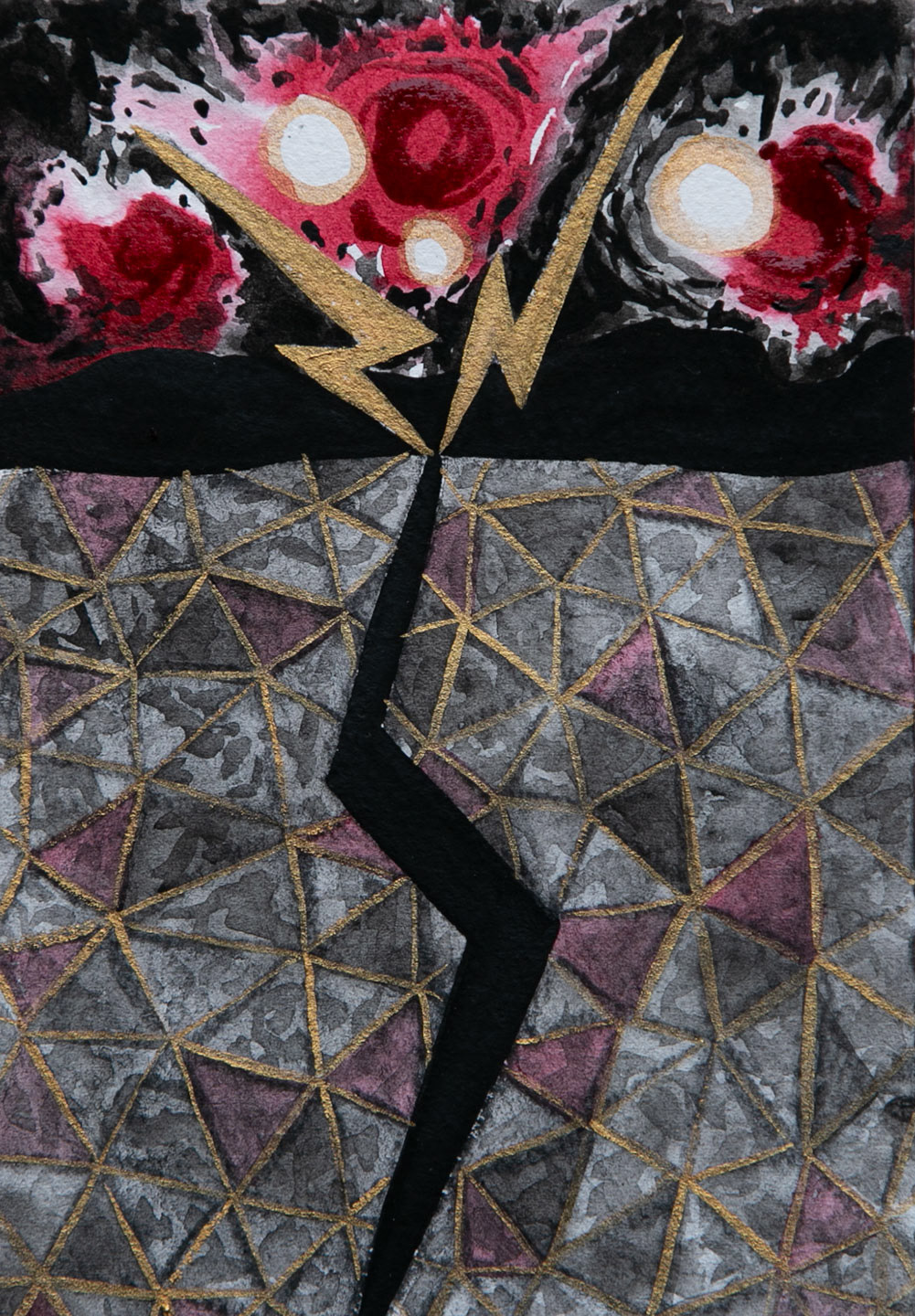 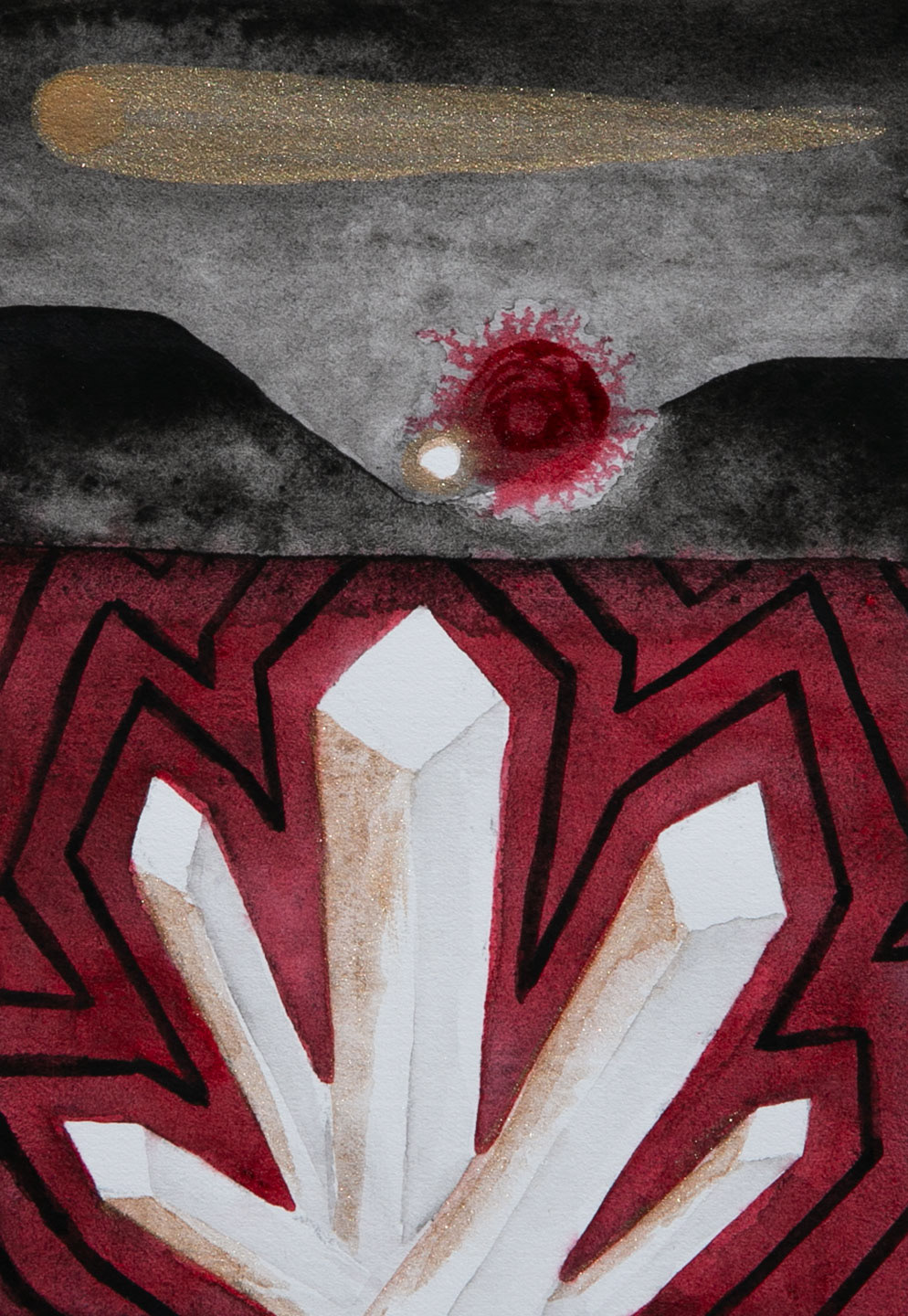 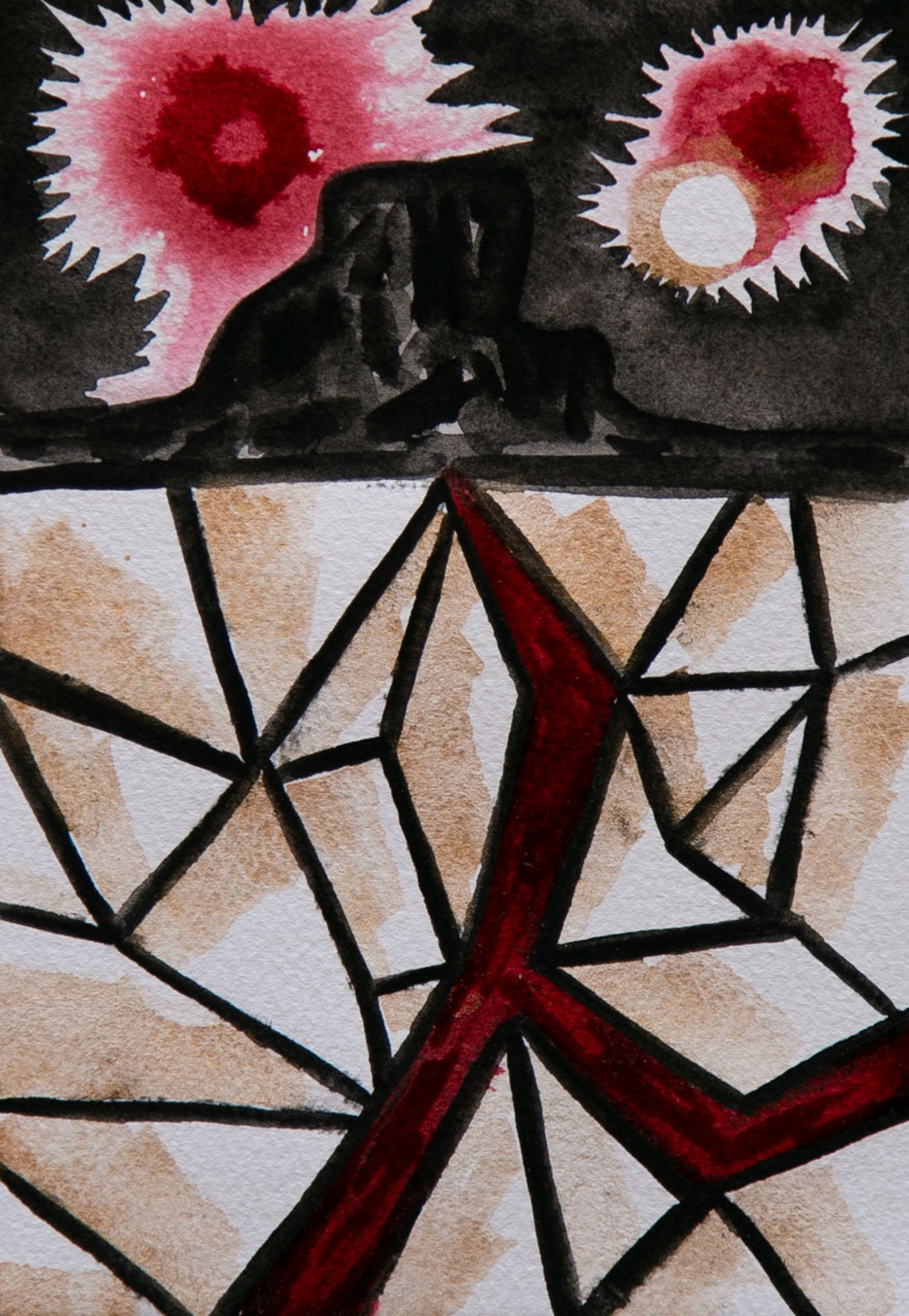 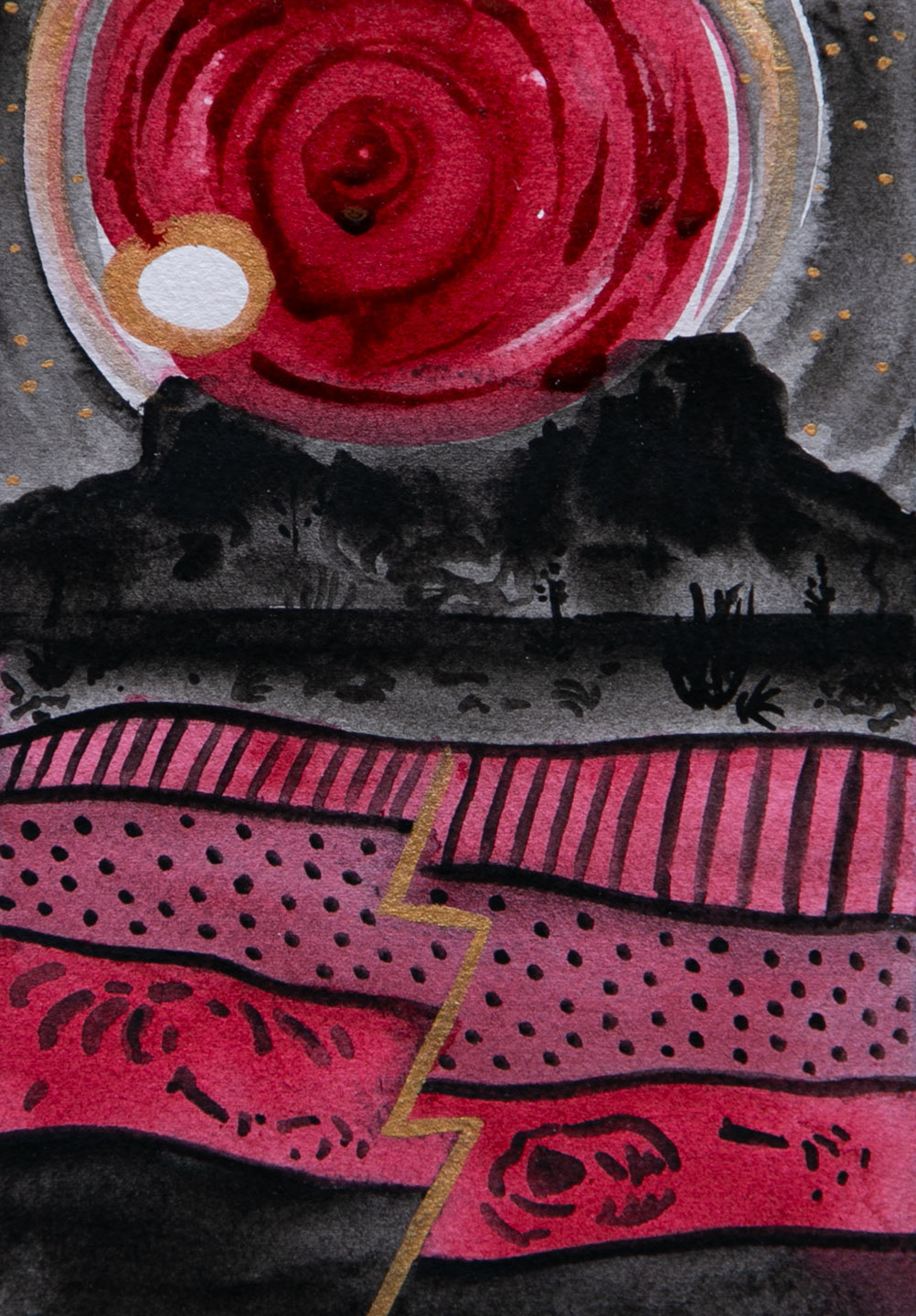 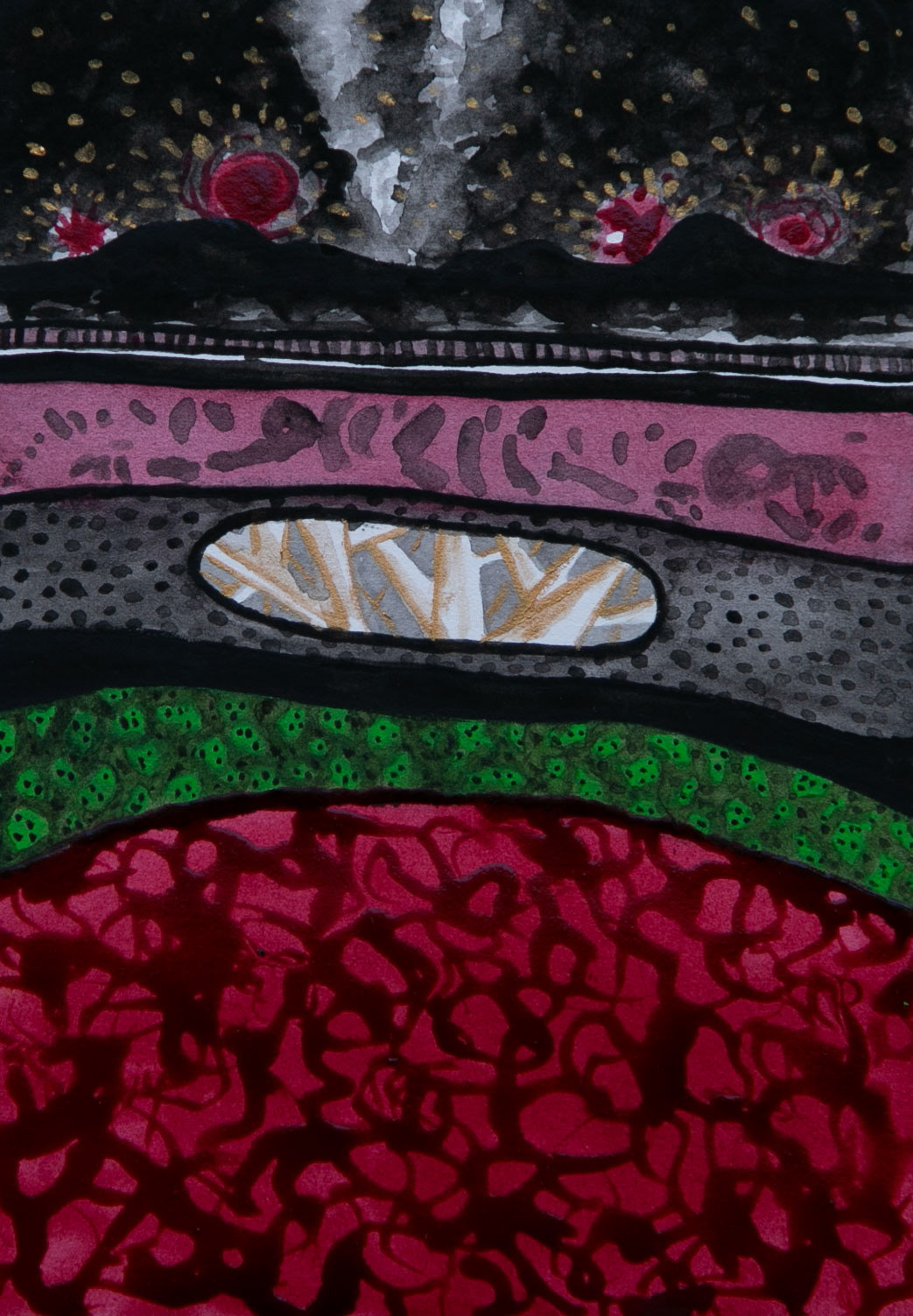 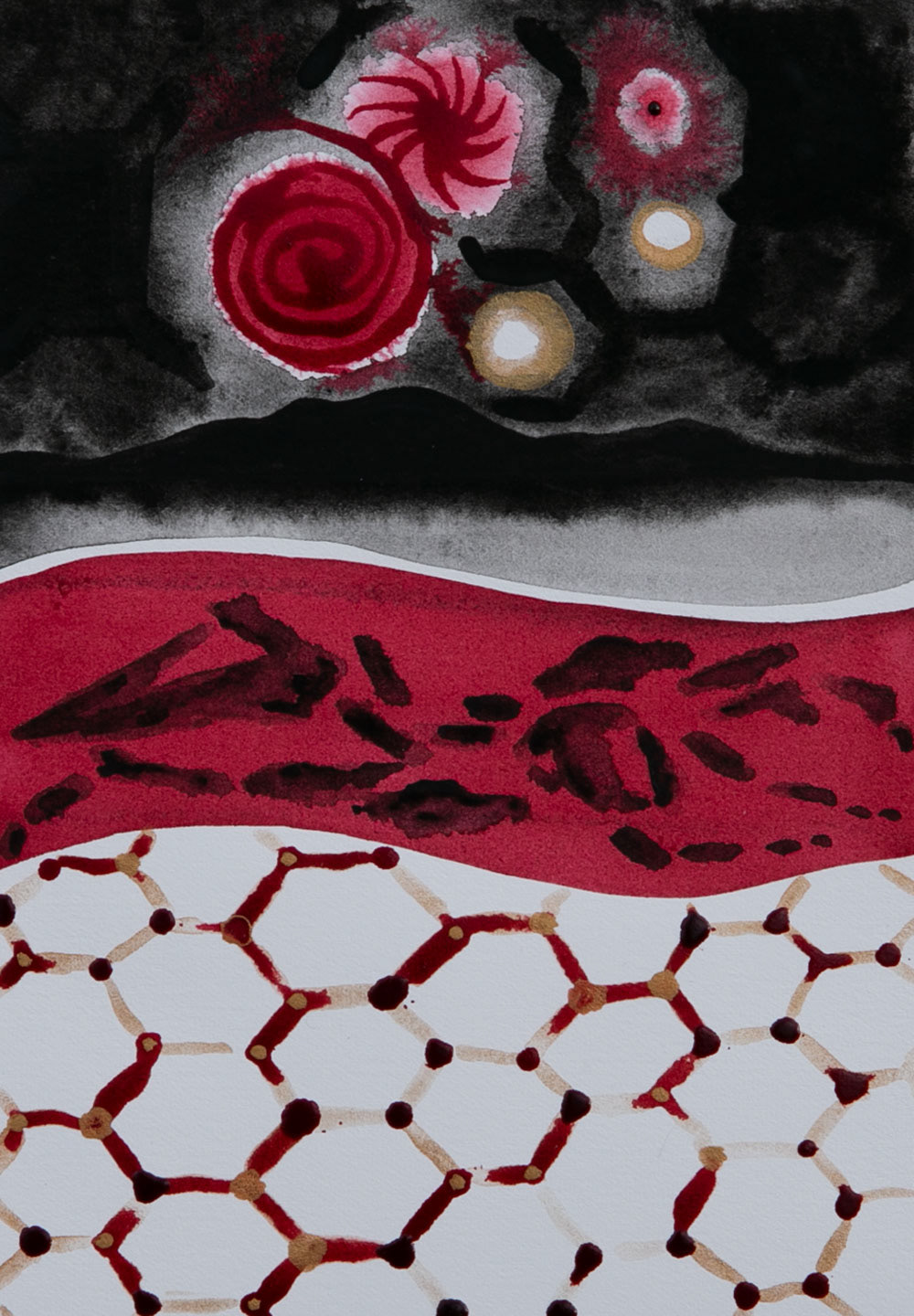 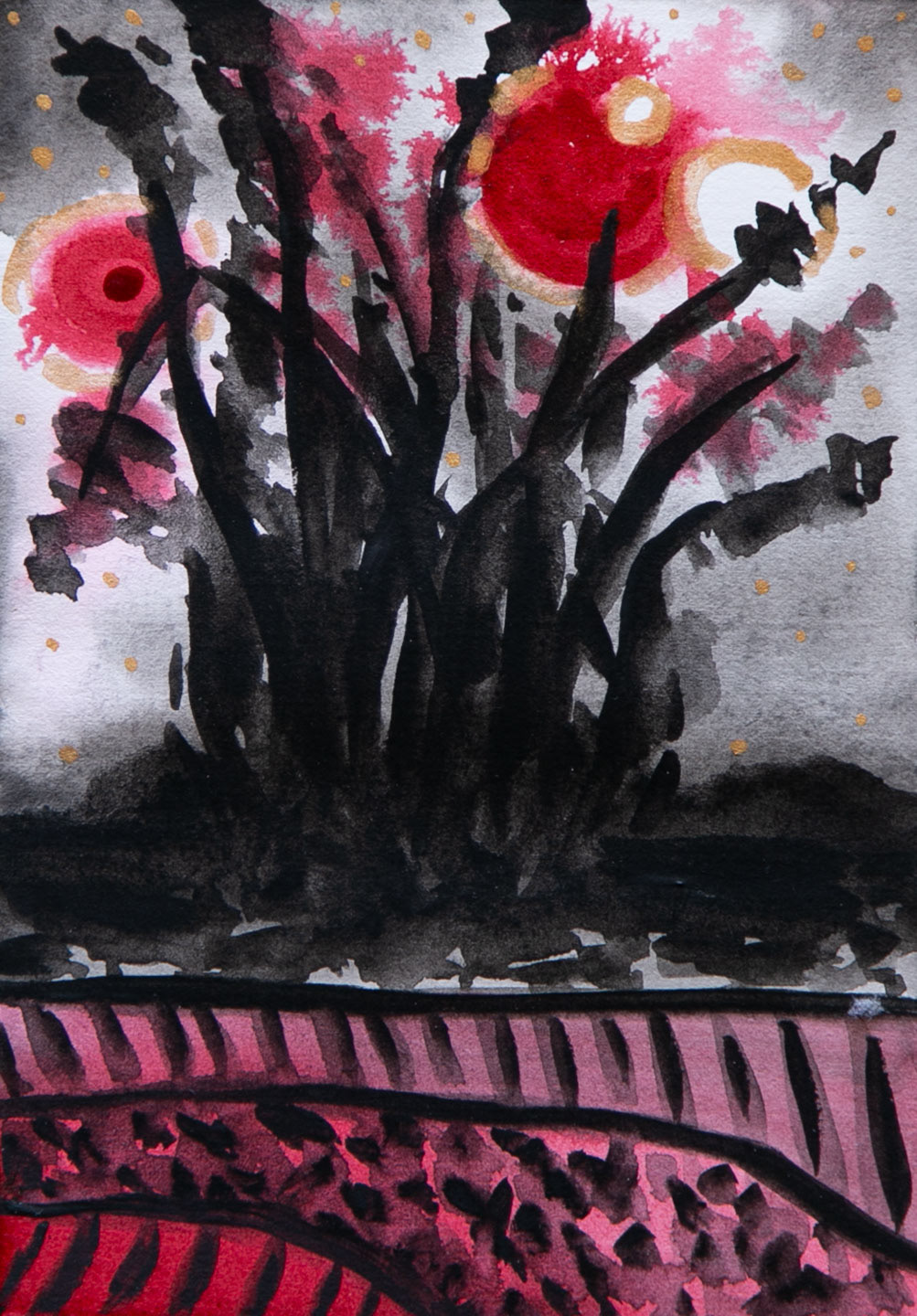 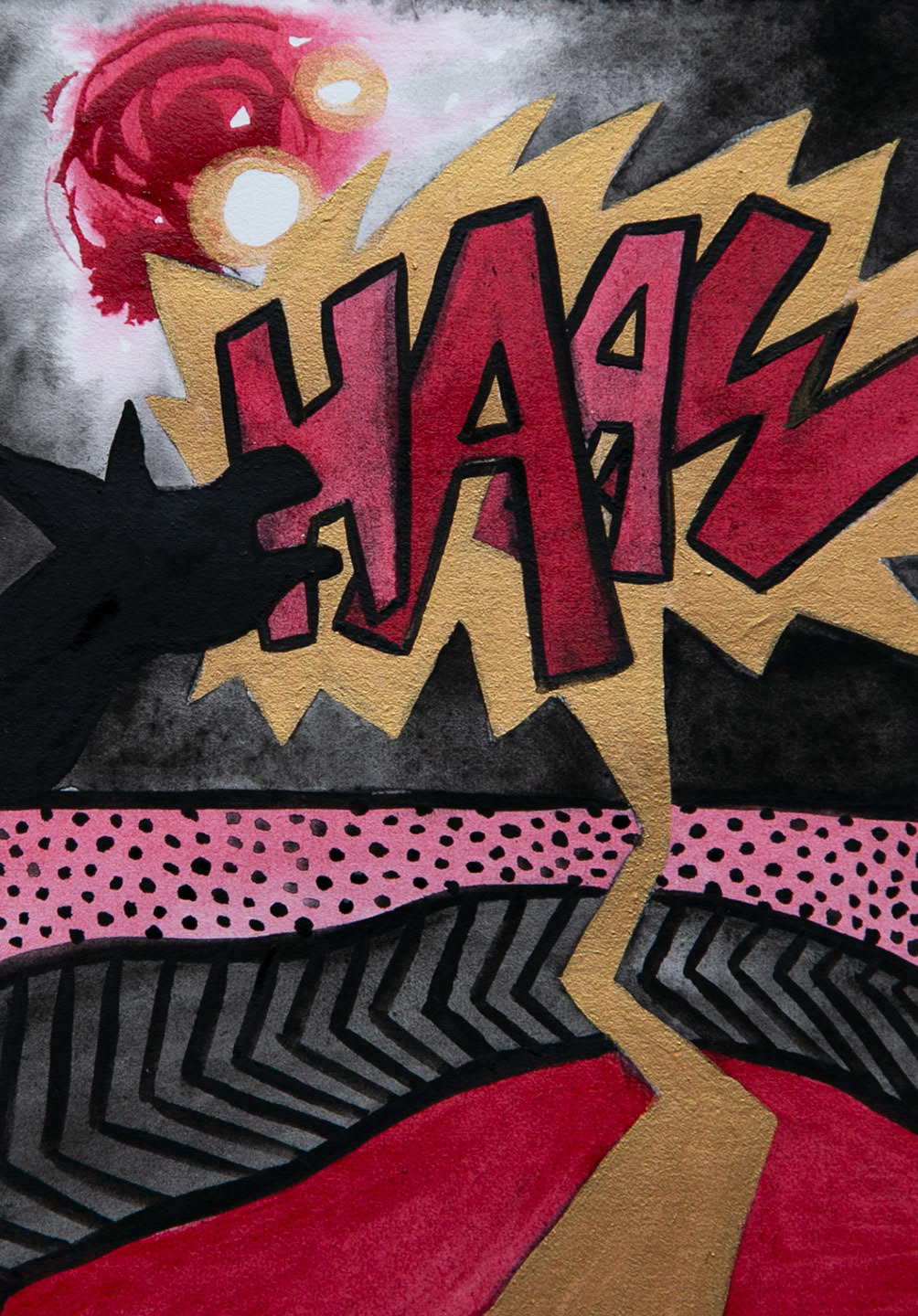 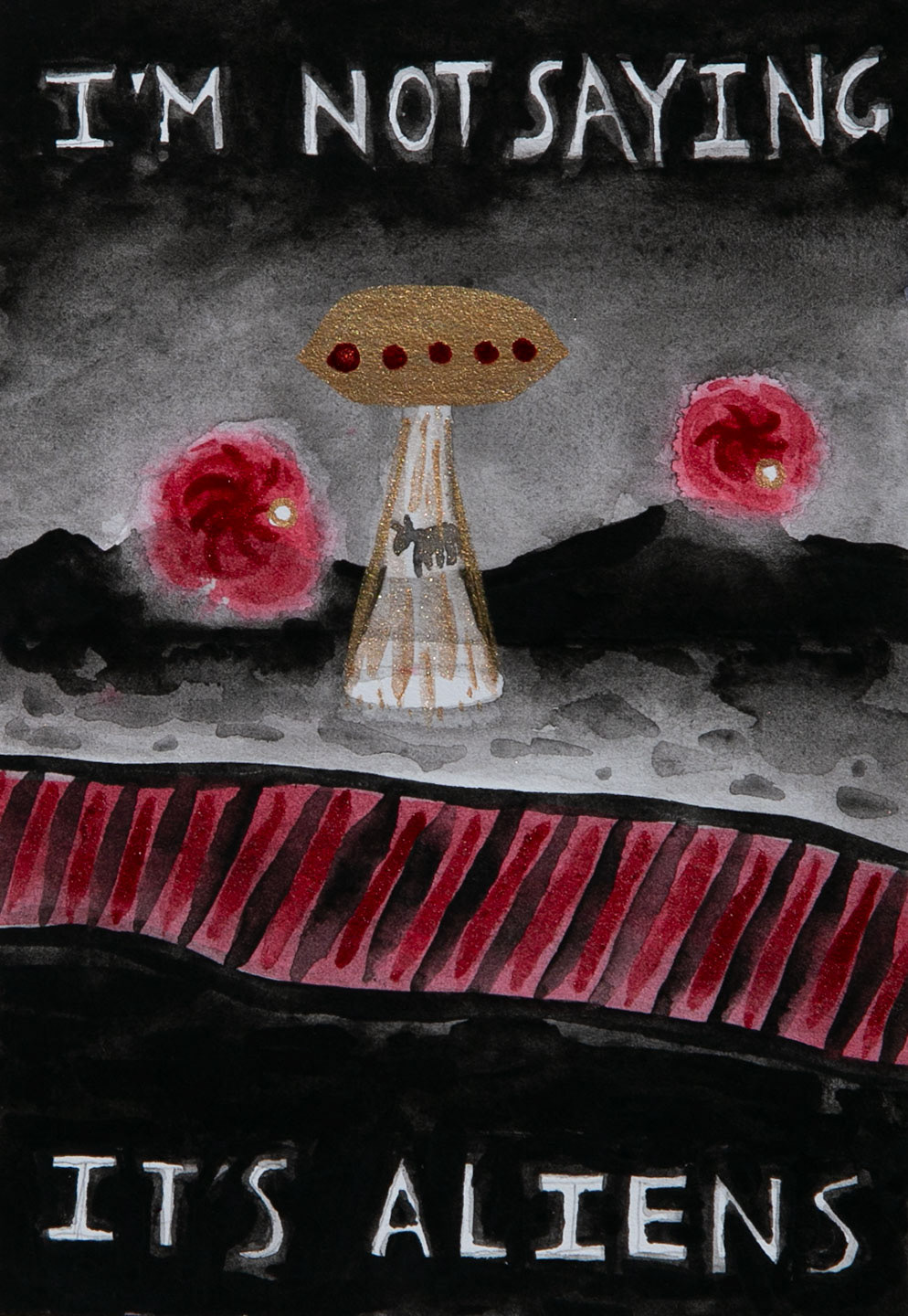 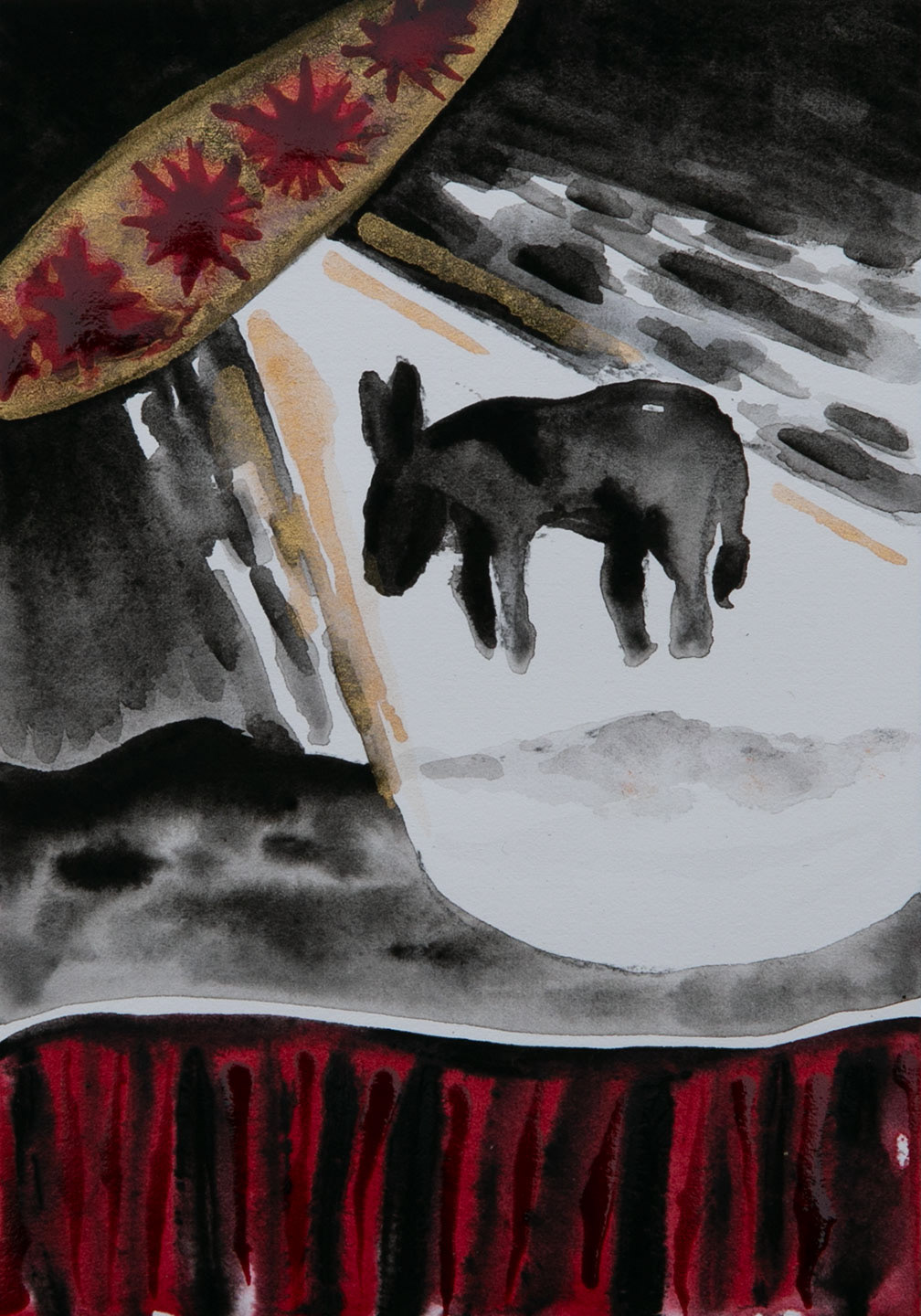 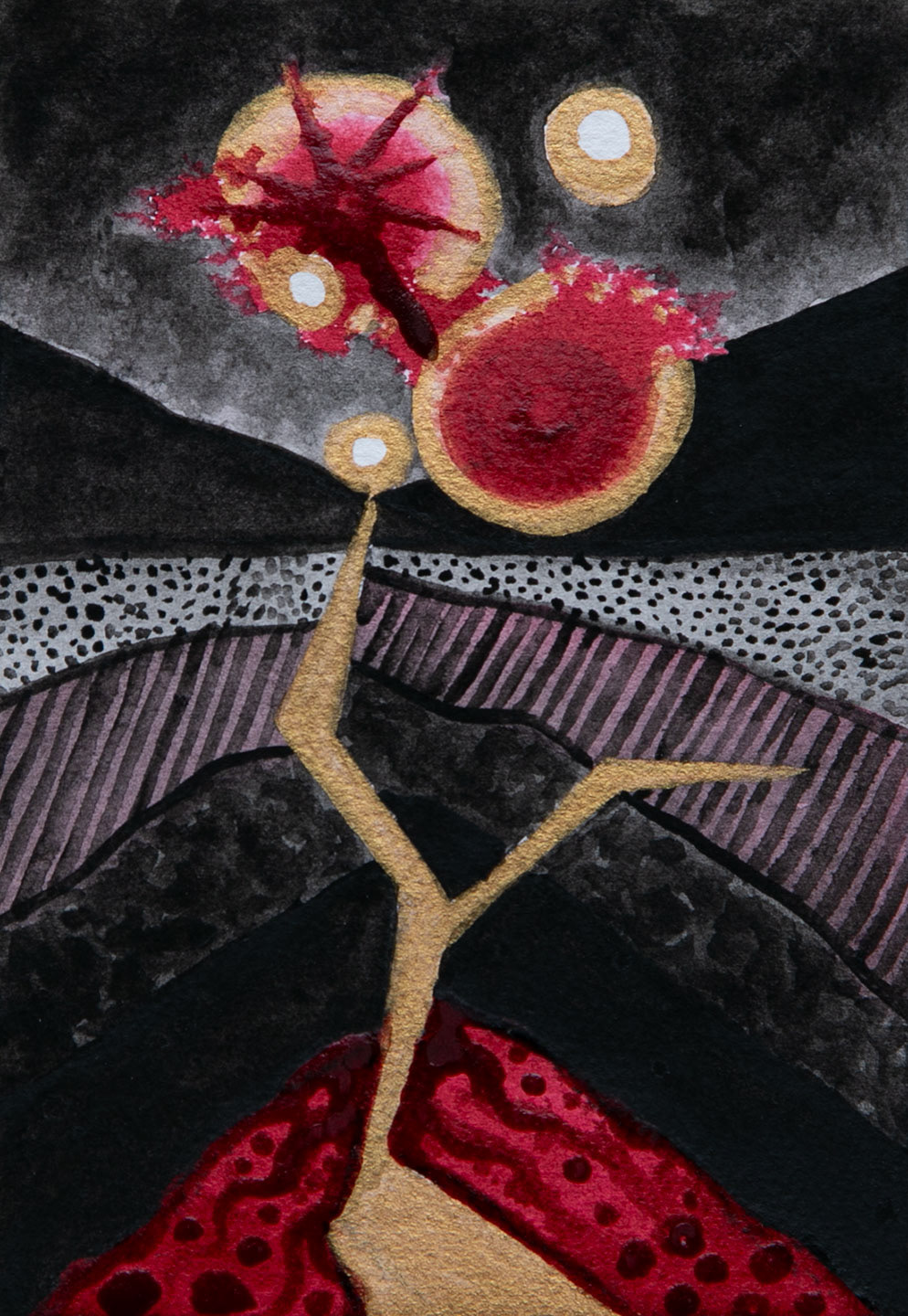 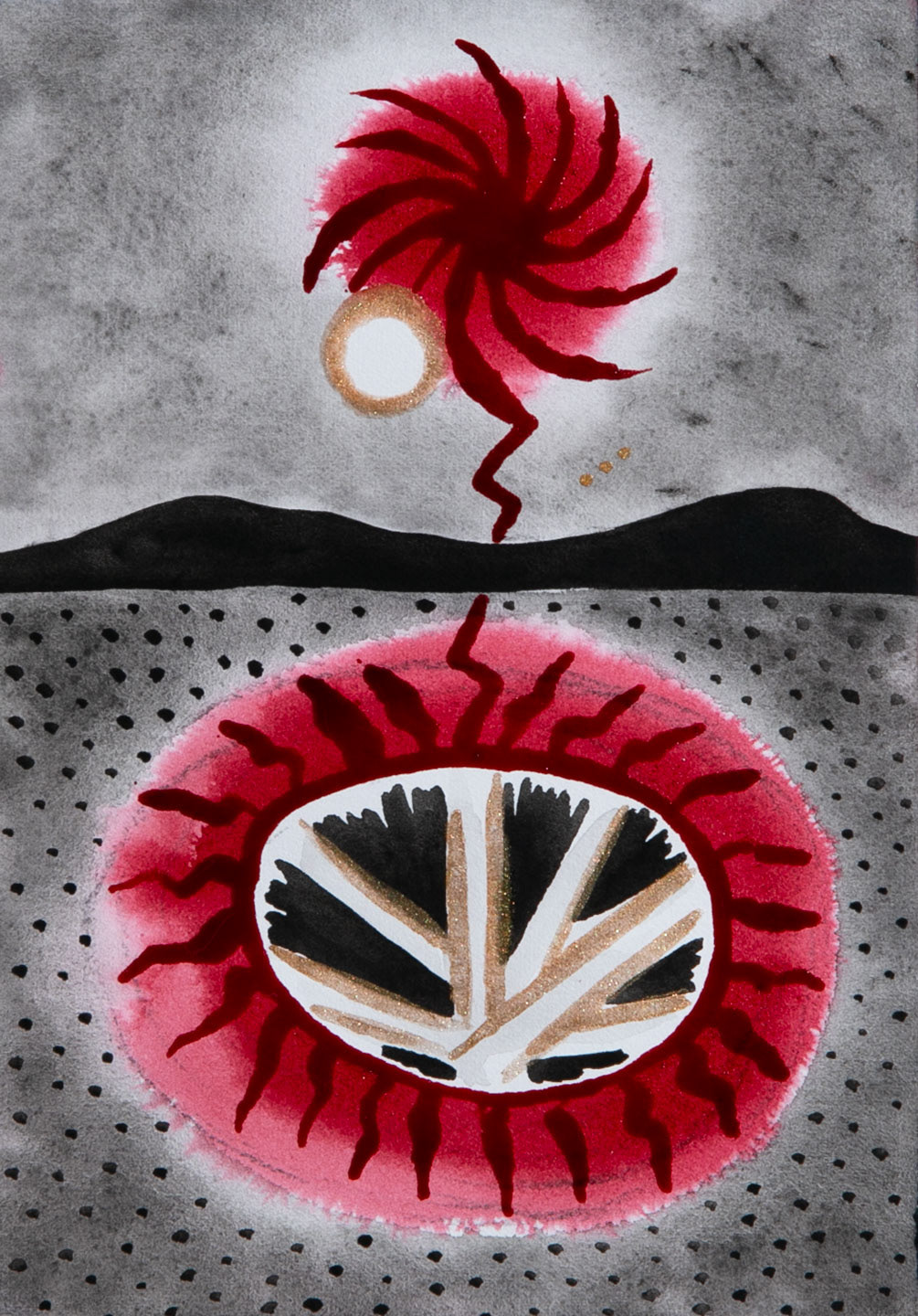 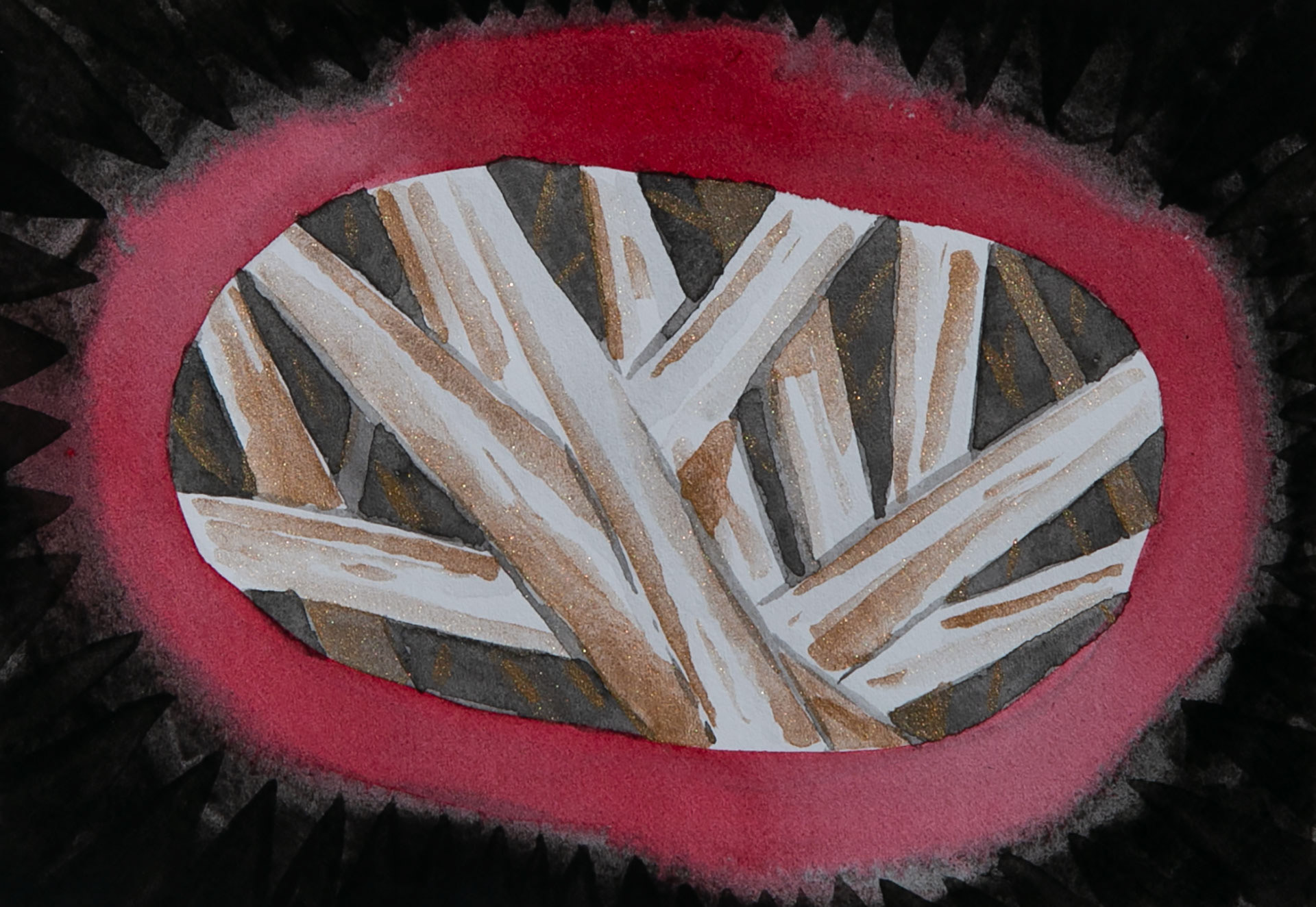 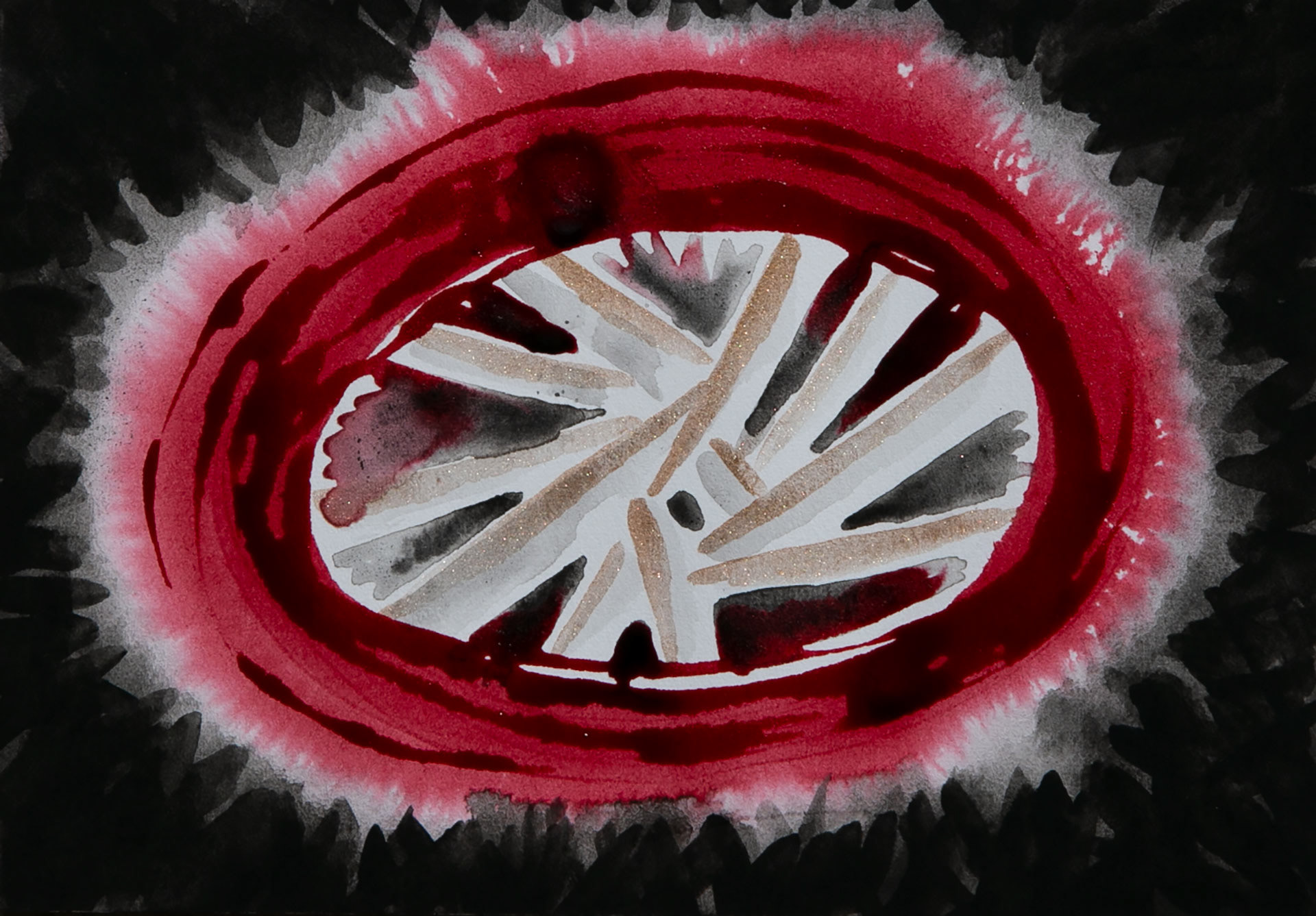 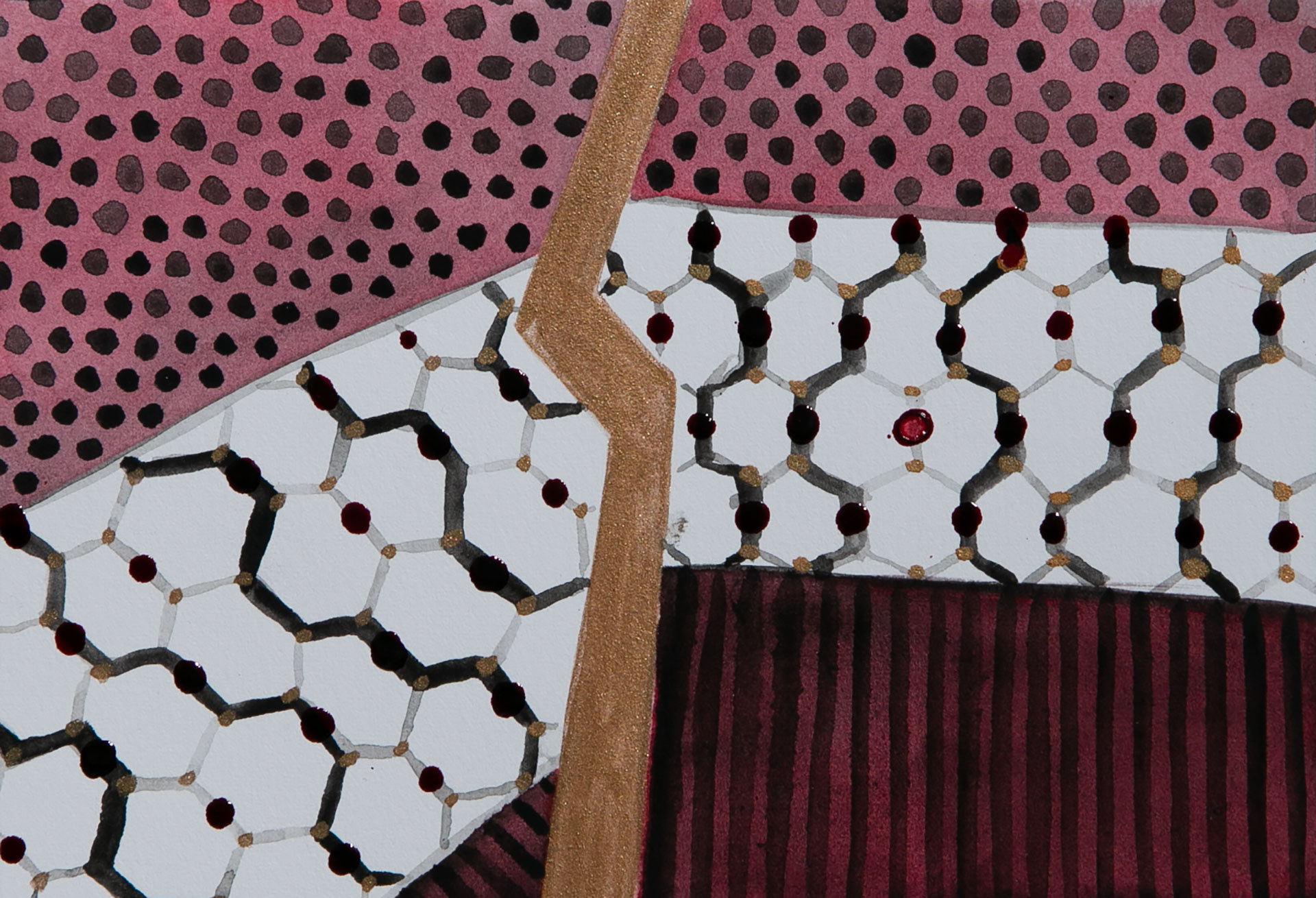 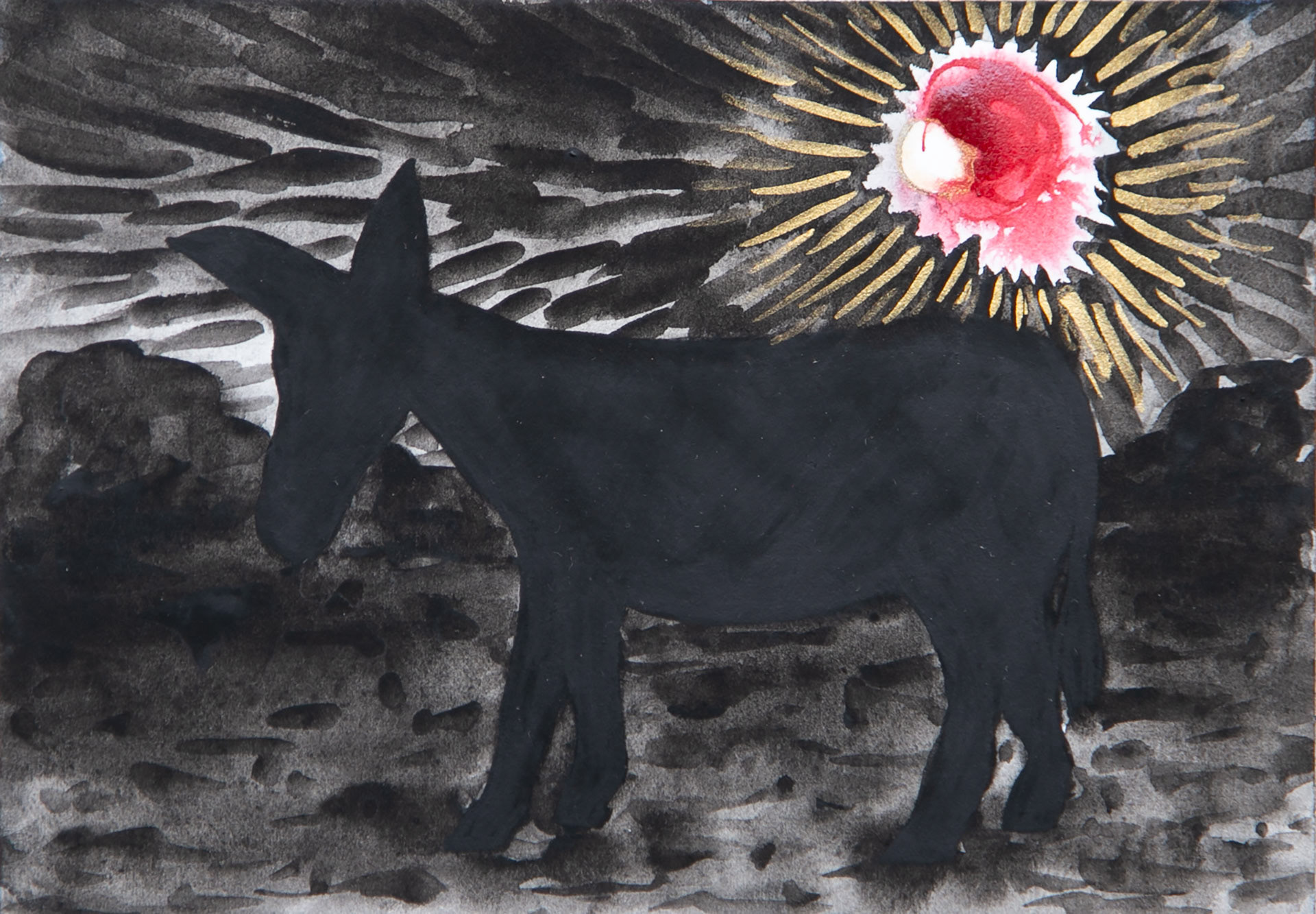 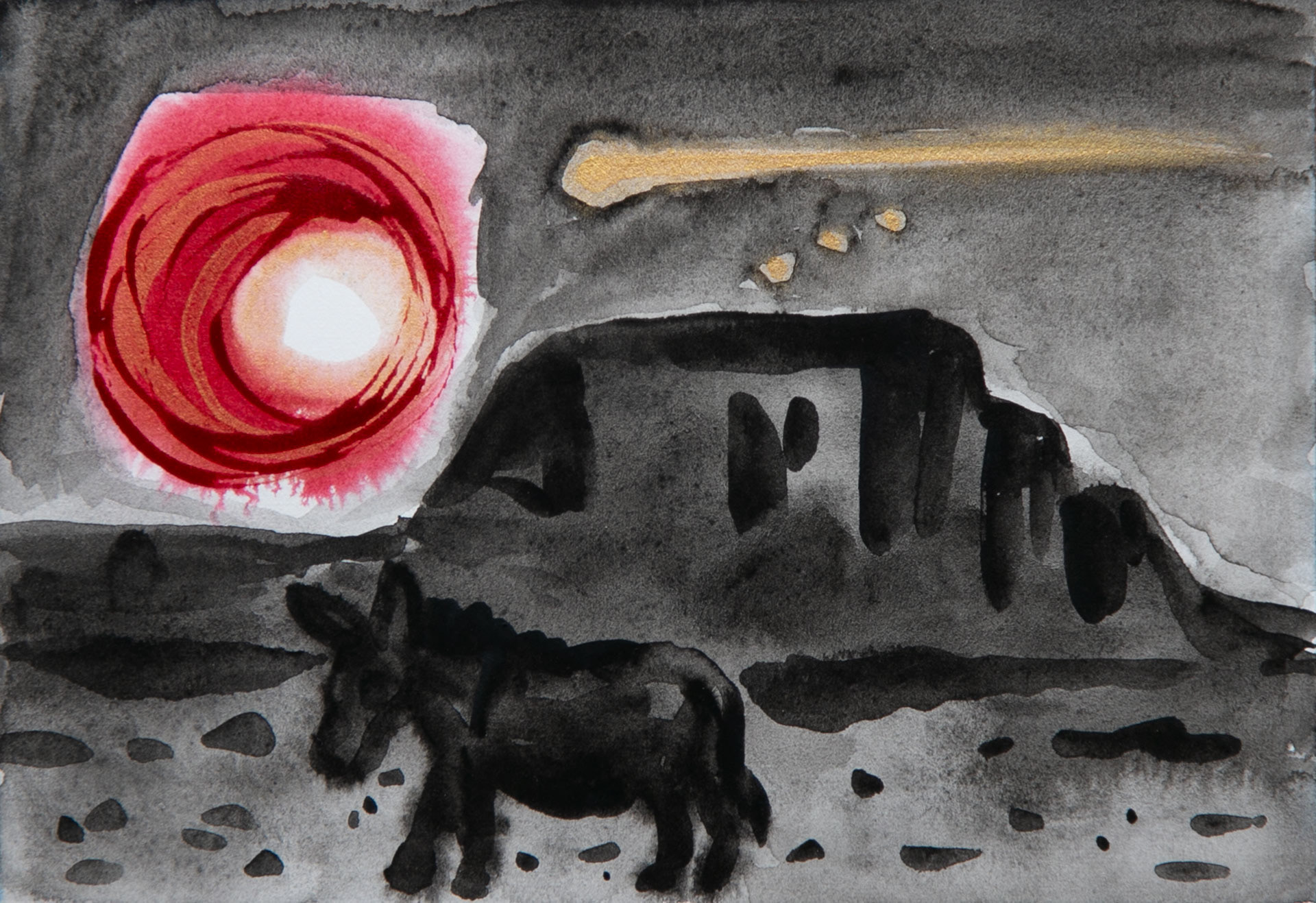 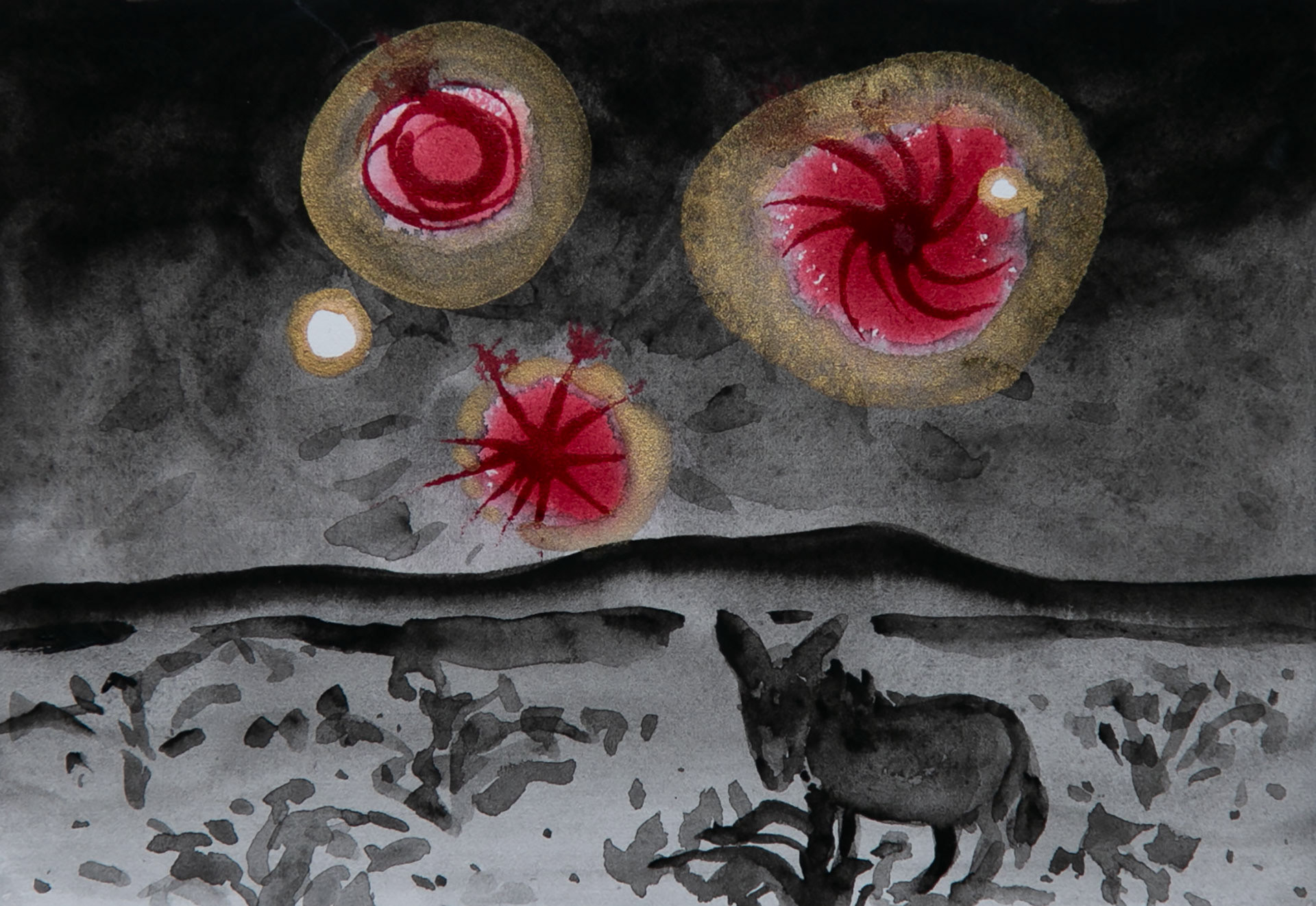 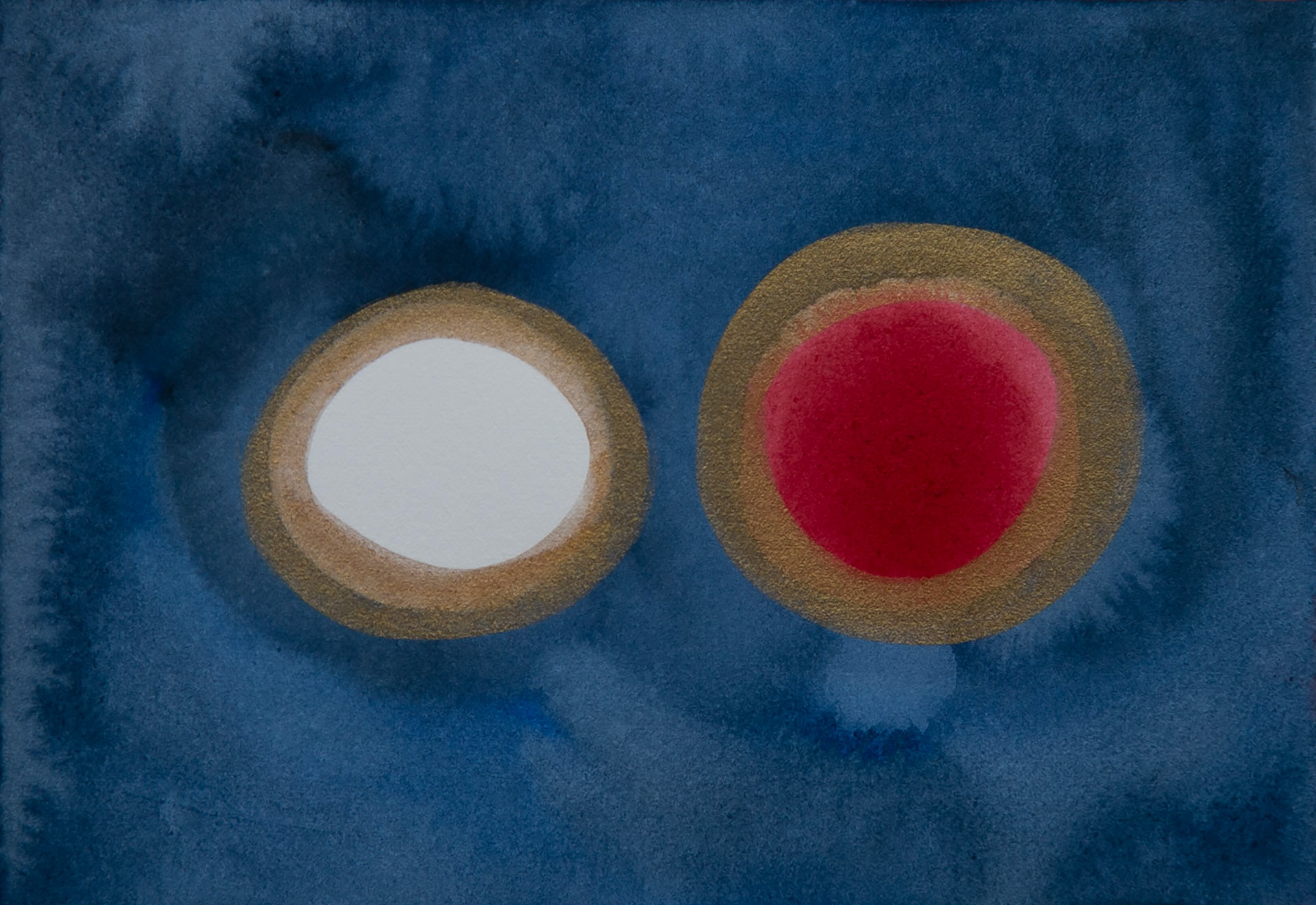 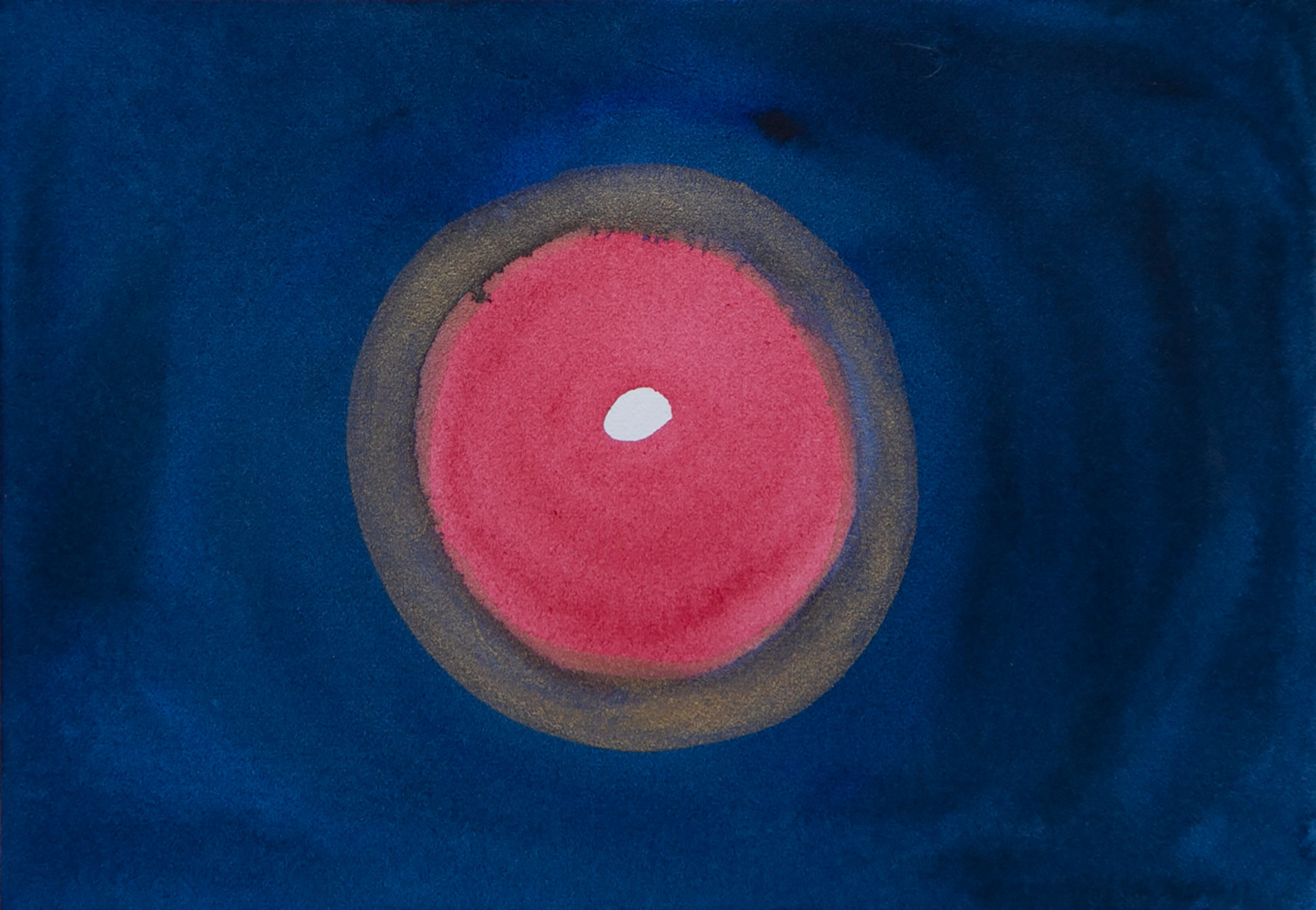 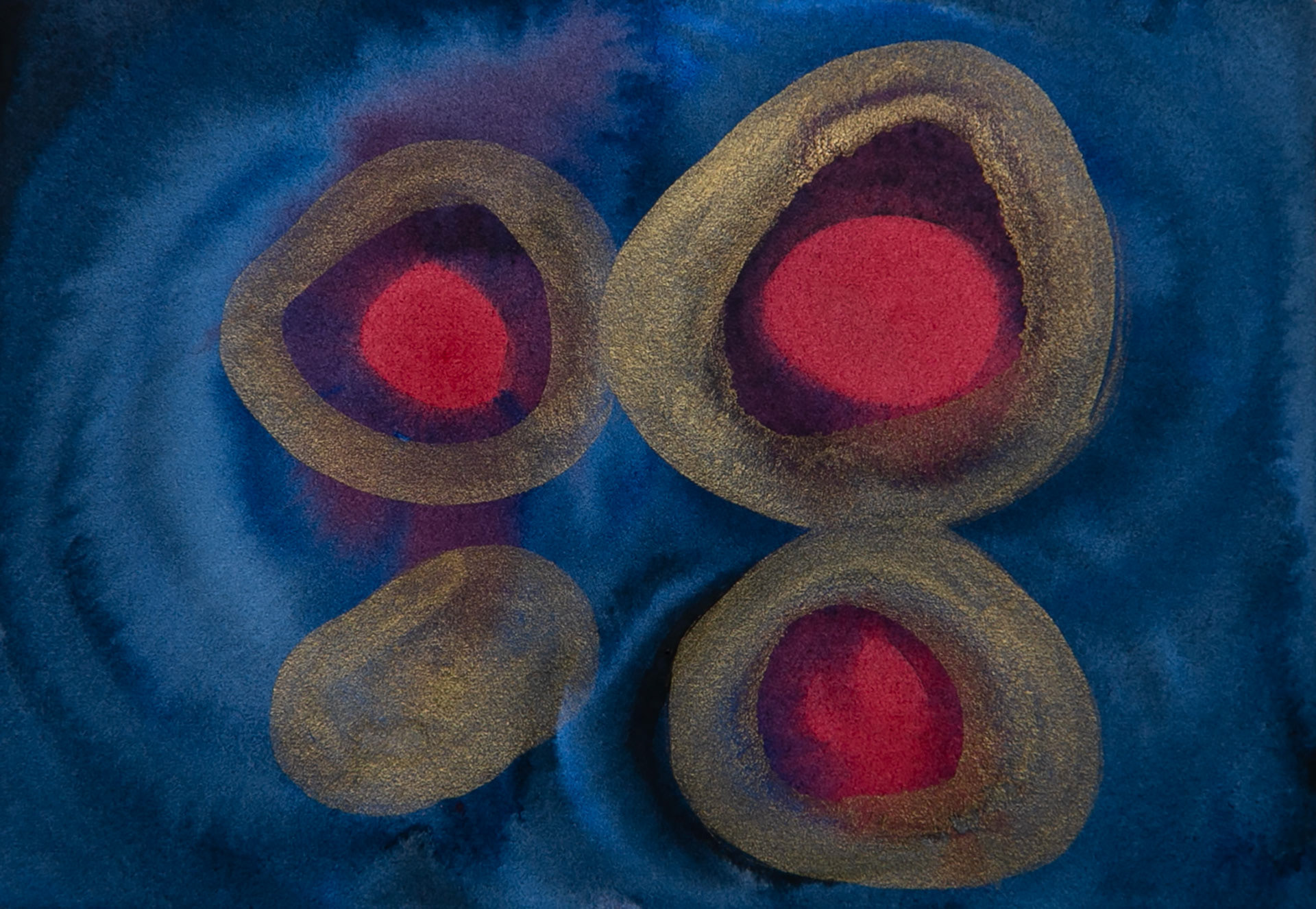 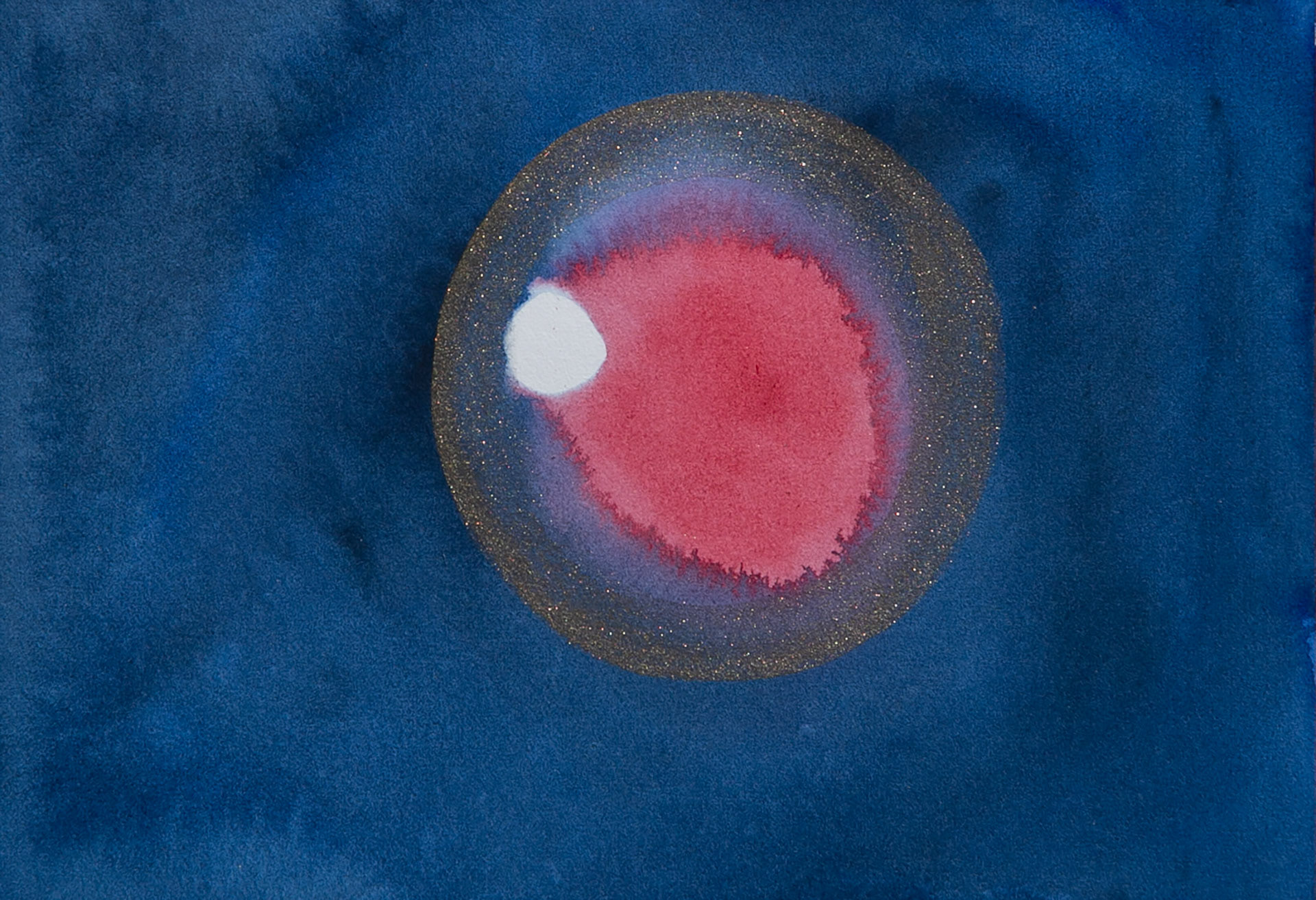 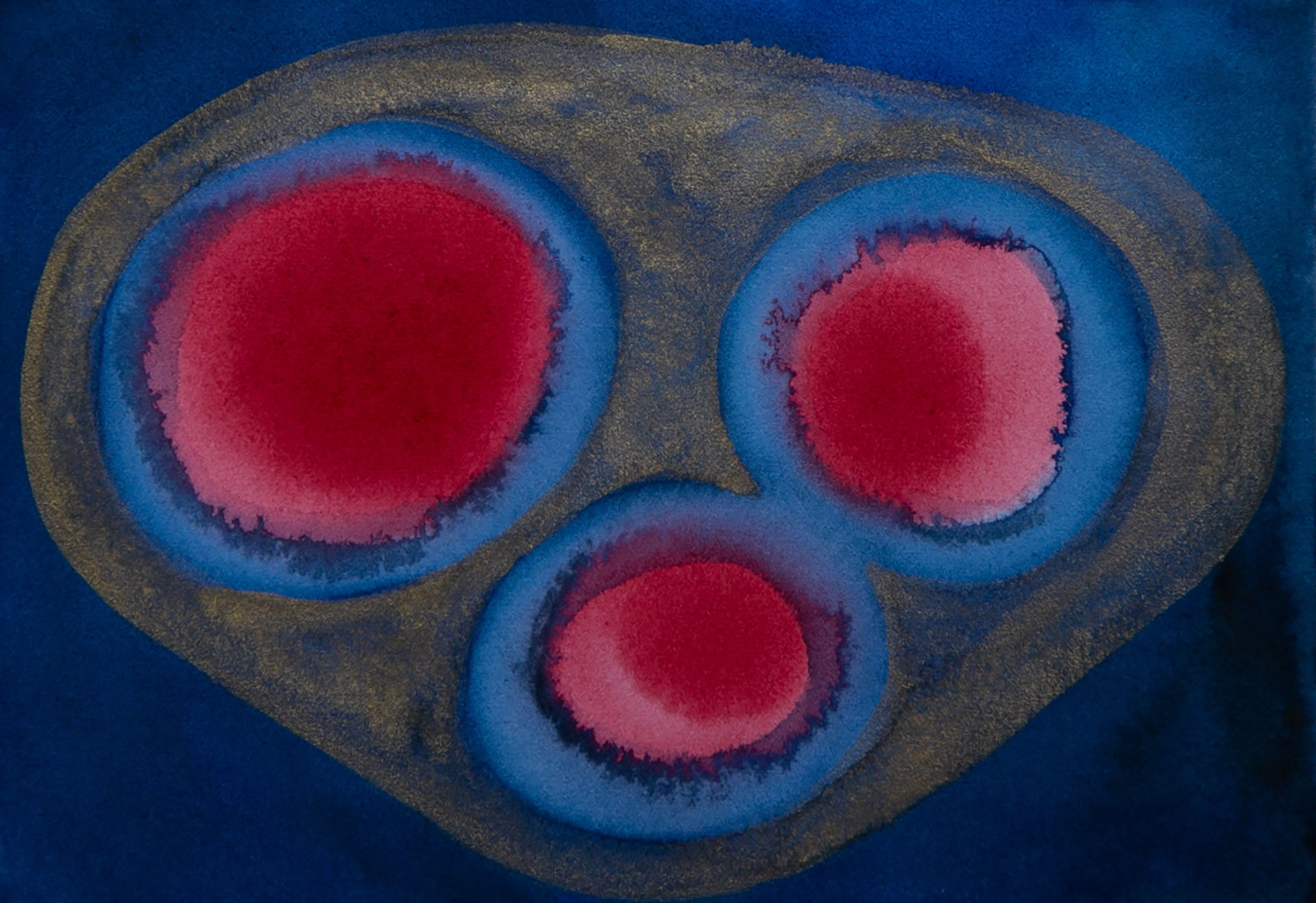 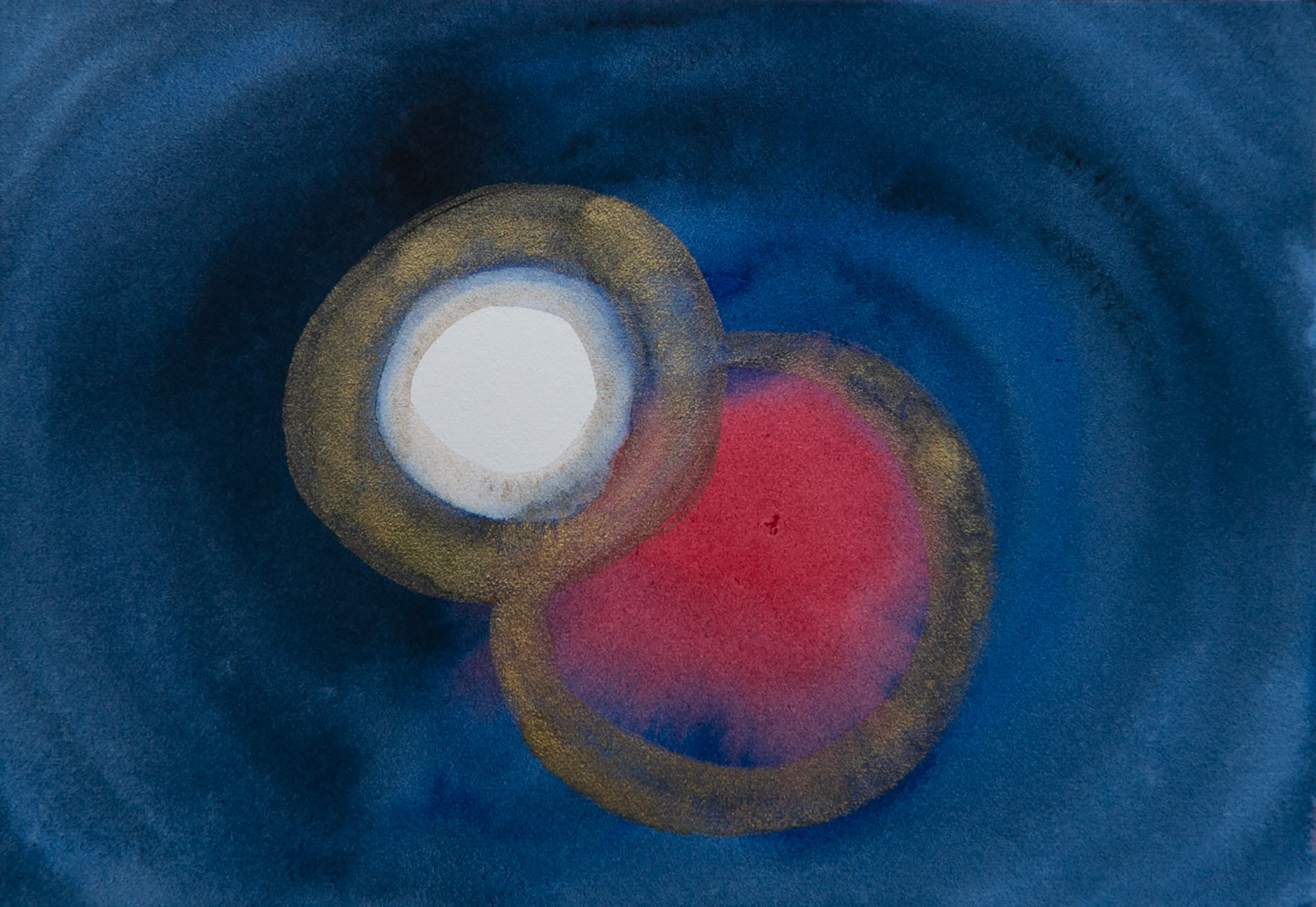 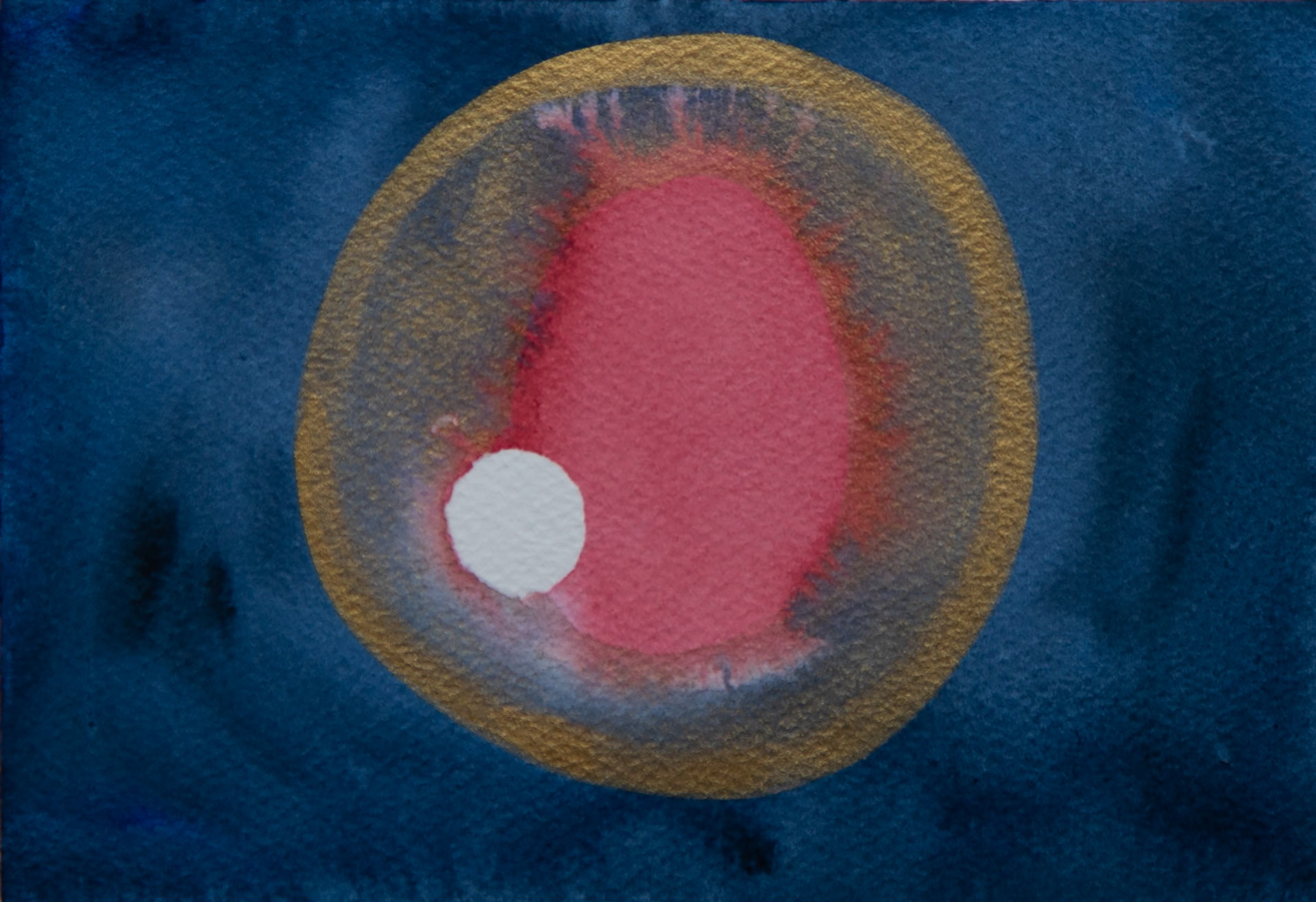 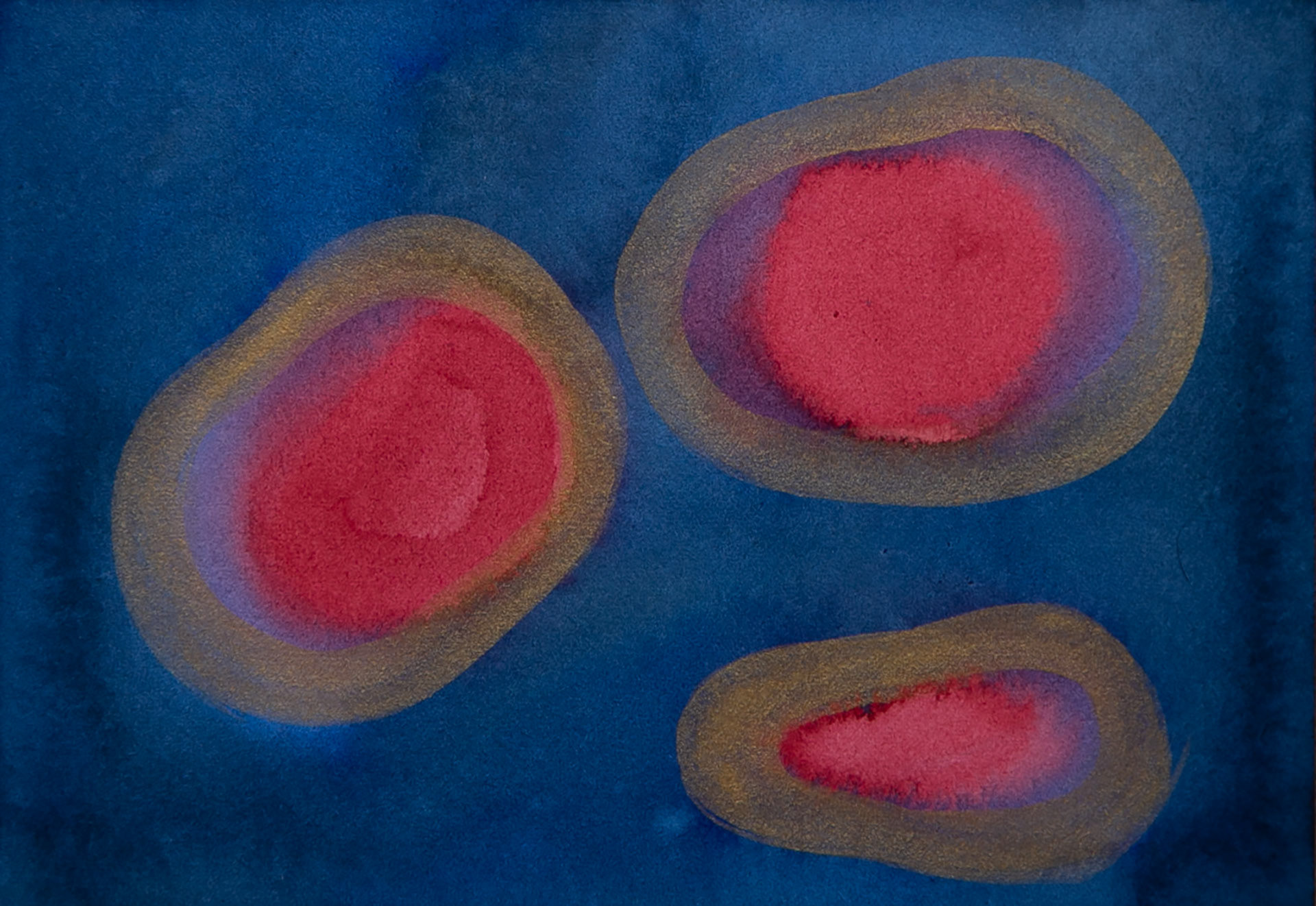 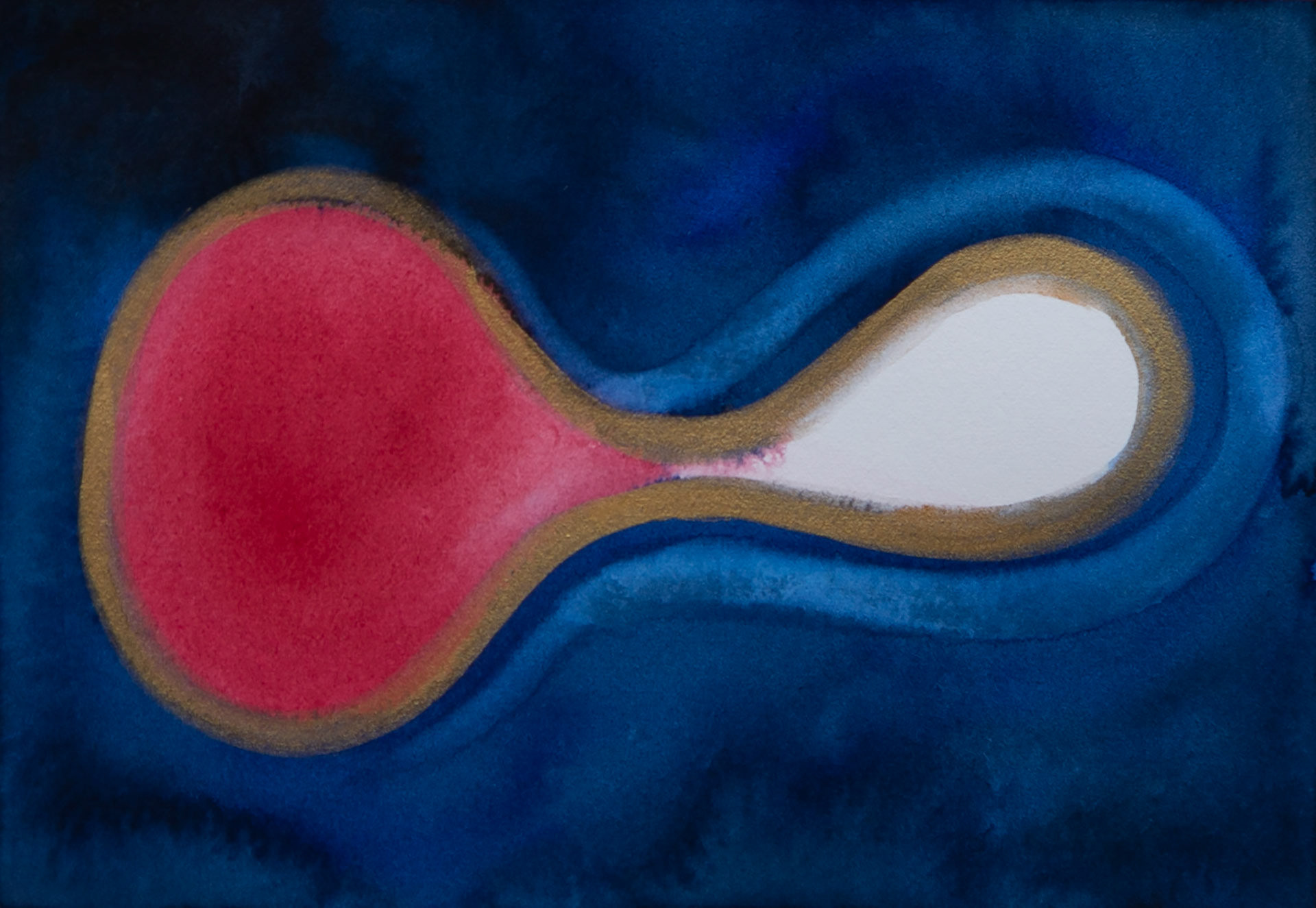 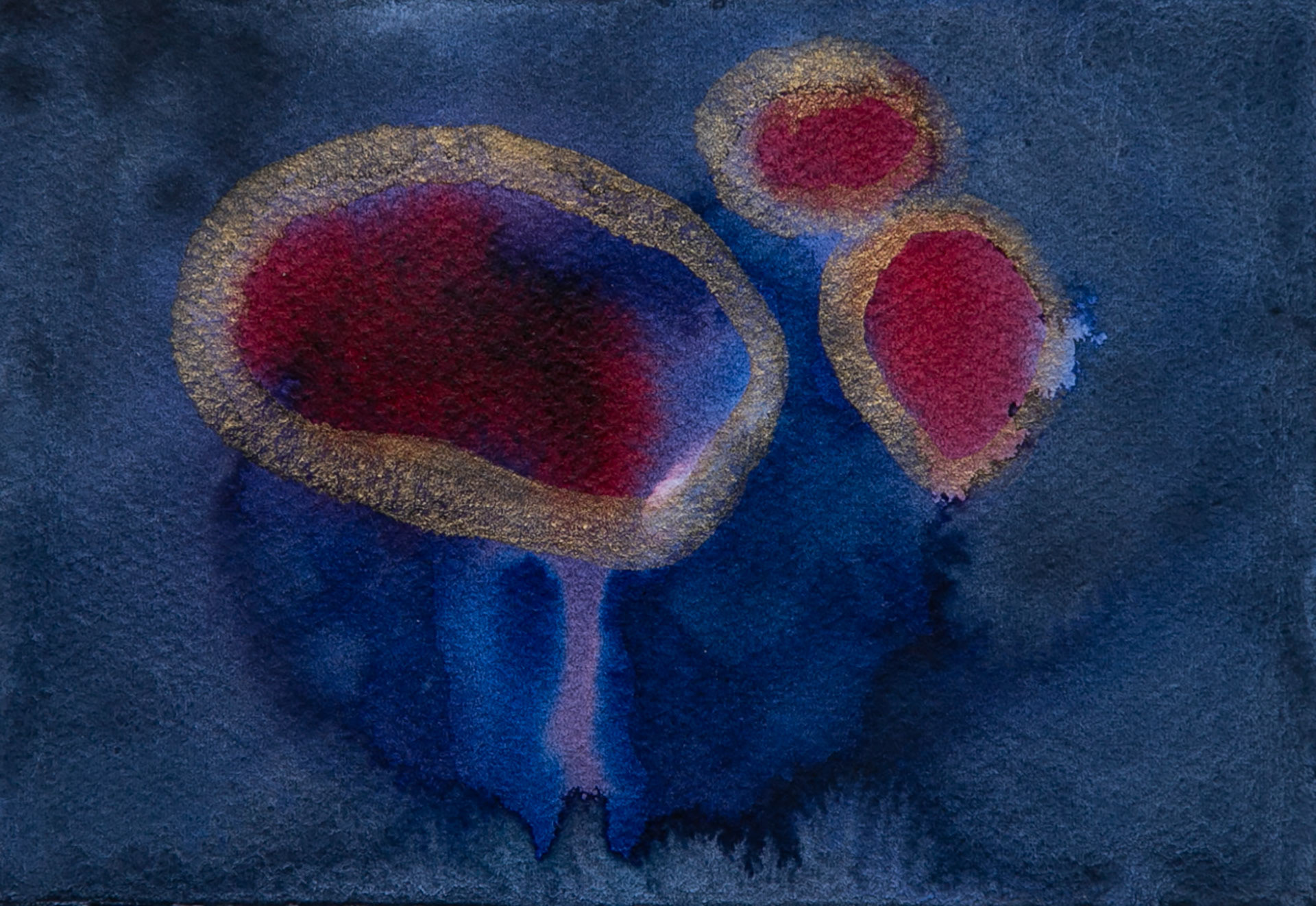